Sheryl Sandberg on the Myth of the Catty Woman 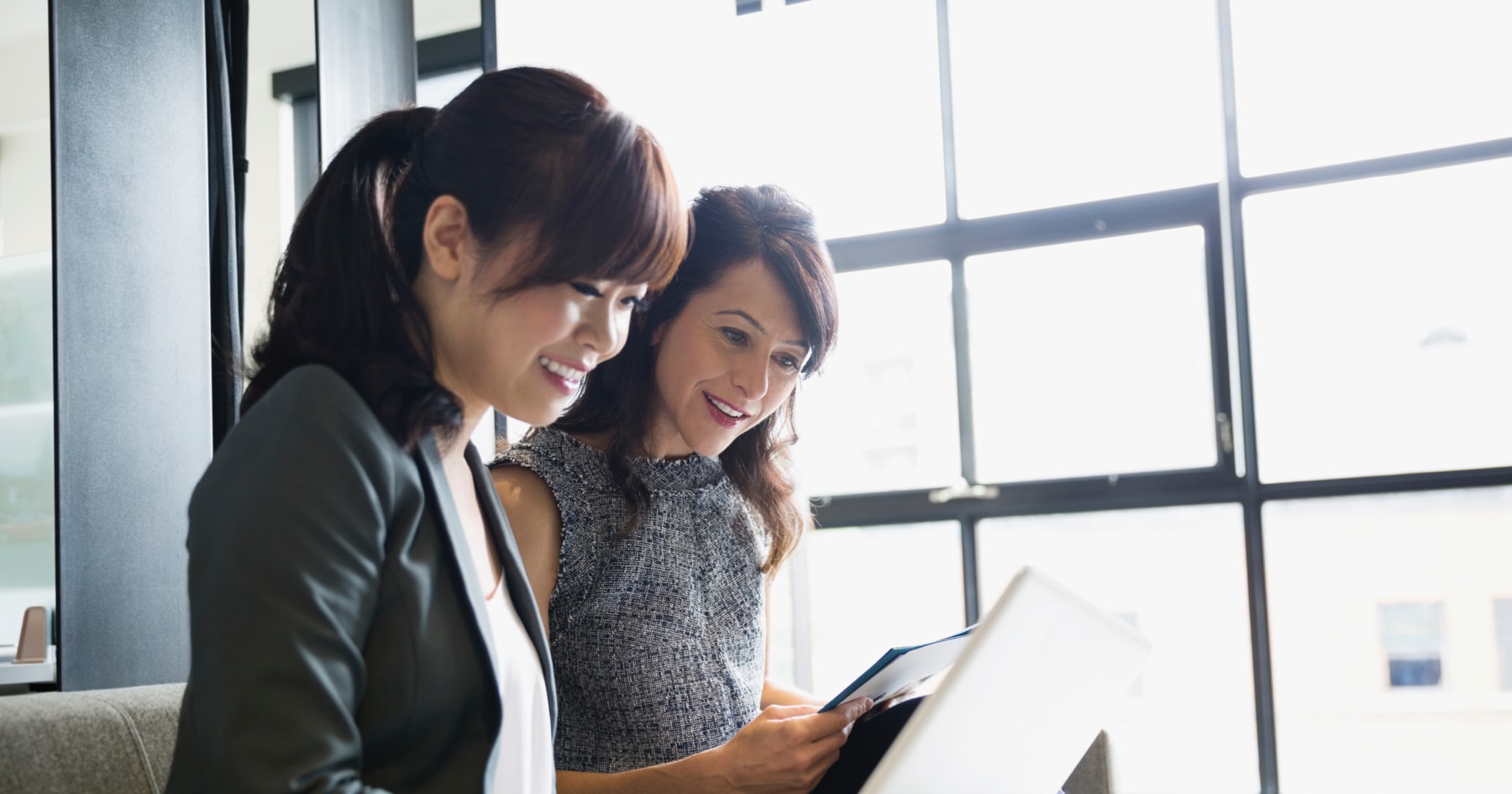 AT the 2014 Winter Olympic Games, the Norwegian cross-country skier Therese Johaug was vying for her first individual gold medal. Fresh off a world championship in the 10-kilometer race, she was now competing in the 30-kilometer. More than a grueling hour later, Ms. Johaug landed the silver, finishing less than three seconds behind the gold medalist — her training partner, Marit Bjorgen.

The two Norwegians are the top two female cross-country skiers in the world and fierce competitors. Instead of being bitter rivals, they are best friends.

Ms. Bjorgen, 36, has been the reigning queen for more than a decade. When Ms. Johaug burst onto the scene, a wunderkind eight years younger threatening to unseat her, Ms. Bjorgen took her under her wing.

“She has given me an incredible amount of confidence,” Ms. Johaug said, “and because she has done that I have become the cross-country skier I am.” When Ms. Bjorgen announced last year that she was pregnant, Ms. Johaug joked that she was prepared to be the baby’s “spare aunt.”

This is an extreme example of something that happens every day: women helping one another, professionally and personally. Yet the popular idea is that women are not supportive of other women. At school, we call them “mean girls” and later, we call them “catty” or “queen bees.” (What’s the derogatory male equivalent? It doesn’t exist.)

The biggest enemy of women, we’re warned, is a powerful woman. Queen bees refuse to help other women. If you approach one for advice, instead of opening a door, she’ll shut the door before you can even get your foot in. We’ve often heard women lower their voices and confess, “It hurts me to say this, but the worst boss I ever had was a woman.”

But statistically that isn’t true.

According to the queen bee theory, a female senior manager should have a more negative impact on the other women trying to climb into professional ranks. When strategy professors studied the top management of the Standard & Poor’s 1,500 companies over 20 years, they found something that seemed to support the notion. In their study, when one woman reached senior management, it was 51 percent less likely that a second woman would make it.

But the person blocking the second woman’s path wasn’t usually a queen bee; it was a male chief executive. When a woman was made chief executive, the opposite was true. In those companies, a woman had a better chance of joining senior management than when the chief executive was a man.

In business and in government, research supports the notion that women create opportunities for women. On corporate boards, despite having stronger qualifications than men, women are less likely to be mentored — unless there’s already a woman on the board. And when women join the board, there’s a better chance that other women will rise to top executive positions. We see a similar pattern in politics: In Latin America between 1999 and 2013, female presidents appointed 24 percent more female ministers to their cabinets than the average for their region.

Queen bees exist, but they’re far less common than we think. Women aren’t any meaner to women than men are to one another. Women are just expected to be nicer. We stereotype men as aggressive and women as kind. When women violate those stereotypes, we judge them harshly. “A man has to be Joe McCarthy to be called ruthless,” Marlo Thomas once lamented. “All a woman has to do is put you on hold.”

In one experiment, researchers asked people to read about a workplace conflict between two women, two men, or a man and a woman. The conflict was identical, but when the case study was between two women, the participants saw it as more damaging to the relationship and expected them to be more likely to quit. When men argue, it’s a healthy debate. When women argue … meow! It’s a catfight.

Queen bees aren’t a reason for inequality but rather a result of inequality. In the past, structural disadvantages forced women to protect their fragile turf. Some of those disadvantages persist. Research shows that in male-dominated settings, token women are more likely to worry about their standing, so they’re reluctant to advocate for other women. A talented woman presents a threat if there’s only one seat for a woman at the table. A marginally qualified woman poses a different type of threat: “Hiring you will make me look bad.”

This behavior isn’t inherently female. It’s a natural way we react to discrimination when we belong to a nondominant group. Fearing that their group isn’t valued, some members distance themselves from their own kind. They internalize cultural biases and avoid affiliating with groups that are seen as having low status.

As more women advance in the workplace, queen bees will go the way of the fax machine. One survey of high-potential leaders involved in mentoring showed that women were mentored by 73 percent of the women but only 30 percent of the men. And 65 percent of high-potential women who received support paid it forward by mentoring others, compared with only 56 percent of men. There is even evidence that there are concrete benefits to supporting others: Research reveals that when women negotiate on behalf of other women on their team, they are able to boost their own salaries, too.

Yet women can still pay a price when they advocate for other women. In a recent study of more than 300 executives, when men promoted diversity, they received slightly higher performance ratings. They were good guys who cared about breaking down the old boys’ network. When female executives promoted diversity, they were punished with significantly lower performance ratings. They were perceived as nepotistic — trying to advantage their own group.

It’s time to stop punishing women and minorities for promoting diversity. In the meantime, there are many ways that women can help one another without hurting themselves. There’s no penalty for women mentoring women — and when they do, they’re more likely to be seen by their protégés as role models. They share advice about how to break glass ceilings and escape sticky floors, which helps the group and costs them nothing but time. When a woman’s accomplishments are overlooked, other women can celebrate them, showing that they care and giving public credit where it’s due.

And it’s time for all of us to stop judging the same behavior more harshly when it comes from a woman rather than a man. Women can disagree — even compete — and still have one another’s backs.

Therese Johaug and Marit Bjorgen are competitors in each individual race; only one can win. But in the long run, training together has made them both stronger. As teammates in Sochi, they won three golds, a silver and a bronze for Norway. When a woman helps another woman, they both benefit. And when women celebrate one another’s accomplishments, we’re all lifted up.

Sheryl Sandberg is the chief operating officer of Facebook and the founder of LeanIn.Org. Adam Grant is a professor at the University of Pennsylvania, a contributing opinion writer, and the author of Originals.