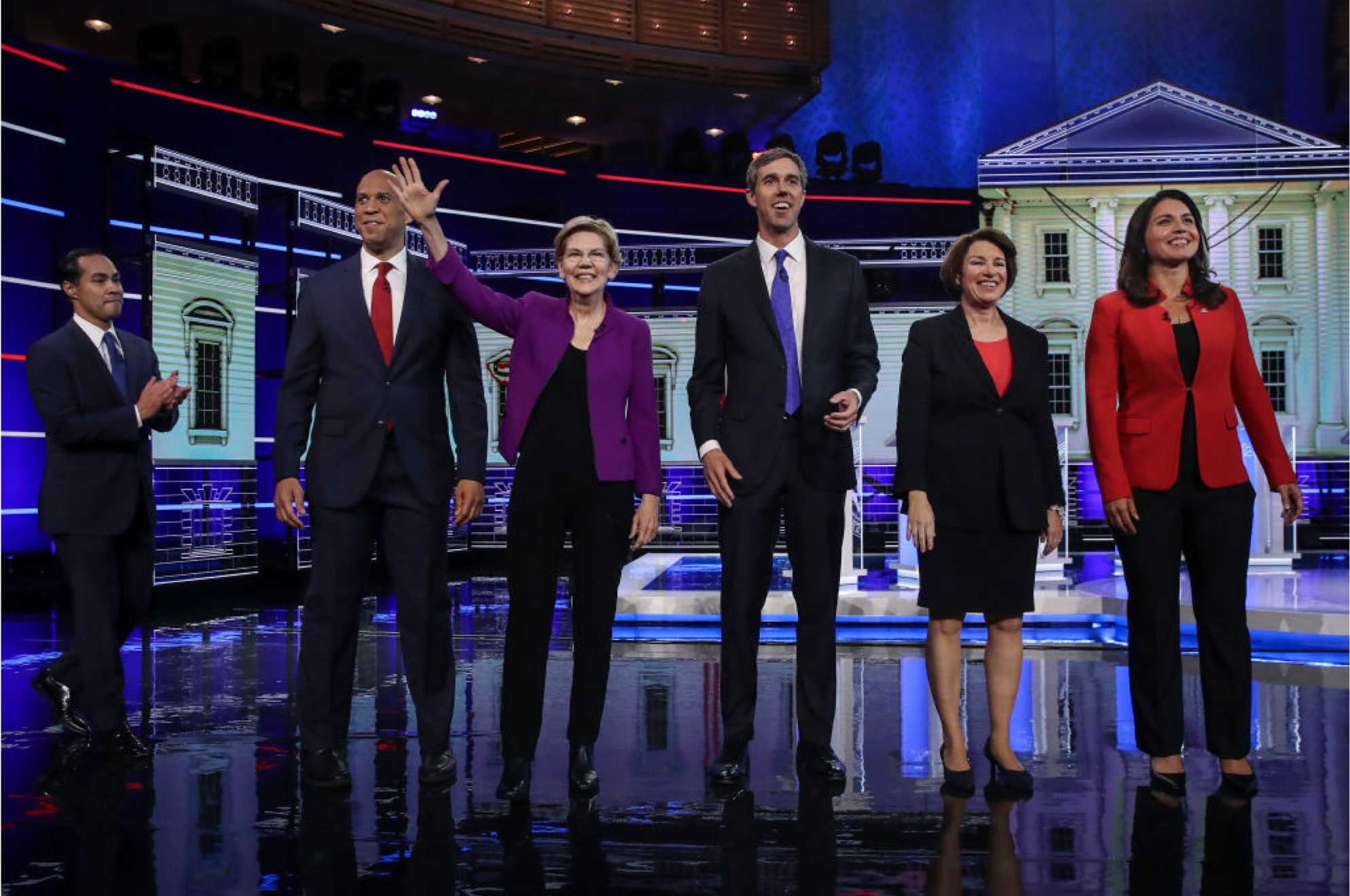 Having Six Women Running for President Changes Everything

There’s no longer a “woman candidate”— they’re all just candidates.

By Rachel ThomasPublished in marie claire on July 30, 2019

A record-breaking six women are running for president. That matters—and not just because it says our politics are becoming more equal. It also completely changes the dynamic of the debates and the race as a whole. Anyone who has ever walked into a meeting and realized with dismay, “I’m the only woman here,” understands why.

One in five women in corporate America is the only or one of the only women in the room, according to the latest Women in the Workplace report, a joint effort by LeanIn.Org and McKinsey & Company. For women of color, the workplace is even lonelier—they’re often not just the only woman but also the only person of color in the room. - These women are having a significantly worse experience at work than other women. They have to provide more evidence of their competence and are more likely to be subjected to demeaning comments. They feel on guard and under pressure to perform. If you’re the only woman on a team, it can feel like you’re not there just as you but as a representative of your entire gender. If you succeed at your job, it’s proof that women can deliver. If you fail, it proves the opposite—that women can’t cut it.

If this happens all the time in the American workplace, with its tens of millions of women, imagine what it’s like to be the only woman in a presidential race, with all eyes on you as you seek to break that highest, hardest glass ceiling.

With six women in the race, the difference is striking. Just look at the first round of debates. On both nights, the women stood out— not because of their gender, but because they were so damn good. On average, they spoke more than the men. They also stood up for one another. Senator Klobuchar vouched for the other women’s commitment to reproductive freedom. Senator Gillibrand jumped in to make sure Marianne Williamson got a chance to speak. None of this had ever happened before in a presidential debate—it couldn’t have. And we’ll likely see more moments like that tonight when the second round of debates begin.

The content of this year's debates have been different, too. Issues relevant to women have been front and center:paid family leave, reproductive rights, maternal mortality, equal pay. Even the Equal Rights Amendment has gotten a shout-out. And it hasn’t just been the women raising these issues; the men have been right there with them. Compare that with four years ago, when reproductive rights and paid leave didn’t come up until Hillary Clinton brought them up. A major benefit of diversity is having important ideas and experiences go from the fringe to the mainstream. The more women are on the debate stage, the more the conversation expands for the better.

There’s evidence that it takes a “critical mass of women in an organization” —for example, on a corporate board—before women stop being seen as tokens and start being seen as individuals. That may be what’s happening in the presidential race. With six women, there’s no longer a “woman candidate.” They’re all just candidates. That’s good for them— it’s a relief when the pressure of being the only one relents and you’re free to be yourself. And it’s good for all of us watching. Now we can get past the novelty of their gender, engage with their ideas, and really consider whether they’d make a good president.

Perhaps the biggest benefit of having six women in the race is they prove there’s no one way to be a woman leader. You can be a bankruptcy expert like Elizabeth Warren or a former prosecutor like Kamala Harris and Amy Klobuchar. You can enlist in the U.S. Armed Forces like Tulsi Gabbard or represent upstate New York like Kirsten Gillibrand or be a spiritual writer like Marianne Williamson. You don’t have to look a certain way or be a certain age or have a certain background to run for president. You can just be you.

Sandra Day O’Connor, the first woman on the U.S. Supreme Court, spoke frequently about how much it mattered when Ruth Bader Ginsburg joined the bench. “The minute Justice Ginsburg came to the court, we were nine justices,” she said.“It wasn’t seven and then the women. We became nine. And it was a great relief to me.”

The real victory isn’t when one woman makes it into the room. It’s when the second one does, and all the ones after.

Rachel Thomas is the president and co-founder of Lean In.