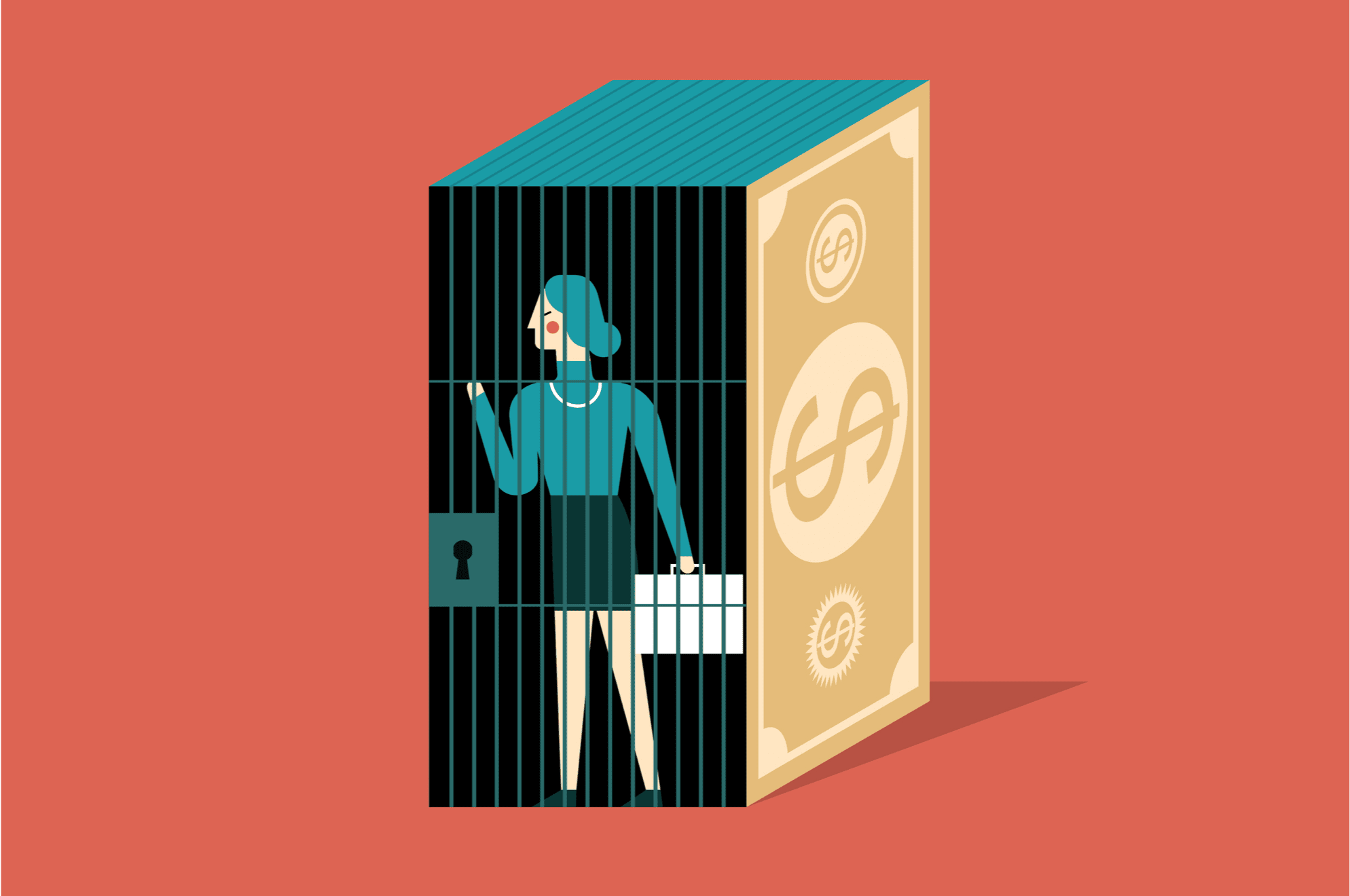 Rachel Thomas and Debra L. NessPublished in TIME on April 10, 2018

Nearly 75% of adults in the United States say losing 20% of their salary would be a major problem or crisis. Twenty percent is a big deal. Yet right now, women as a whole are paid 20% less than men. Women of color are paid even less.

This should be shocking. When women across races, incomes, industries, occupations and education levels consistently are paid less than men, it’s a sign that something is profoundly wrong.

But according to new research by Lean In and SurveyMonkey, one in three U.S. adults aren’t aware of the pay gap — and men are almost twice as likely as women to think it doesn’t exist. It’s hard to fight a problem you don’t know is real. To close the pay gap, we need to close the awareness gap.

That’s why today — Equal Pay Day — is important. It marks the date at which women who worked full-time through all of 2017, and this far into 2018, finally catch up with what men earned in 2017 alone. Even worse, Black women will need to work until August 7 and Latinas all the way until November to earn what white men did last year. If you’re doing the math, that means Latinas as a whole are paid close to half what white men are paid.

Those missing wages add up. According to new analysis by the National Partnership for Women & Families, if the pay gap were closed, a typical woman working full-time and year-round could afford an extra 74 weeks of food for her family. Over the course of her career, she would be paid an additional $403,440. That money could send her kids to college, pay for a new home or allow someone to retire at 65 instead of having to work another decade.

Plus, at a time when nearly half of U.S. kids live in or near poverty — and nearly half of adults say they don’t have enough money to cover a $400 emergency expense – closing the pay gap could bring more security to a lot of people. It would lift approximately 3 million families out of poverty.

Here’s the good news: When people learn that women are paid less than men, nearly three-quarters think it’s unfair. And a majority correctly say that sexism and unconscious bias are at the root of the problem, while just 5% attribute it to tired notions about women working less hard or being less educated than men. (In fact, the

We also need systemic and cultural change, and that starts with the people who have the most power to address pay inequity: employers.' Many reasons that women are paid less come down to workplace issues. Rampant sexual harassment deters women from entering or staying in male-dominated fields with better pay. Women are promoted at lower rates than men, even when they have comparable experience and education. They have less access to mentors and sponsors. They are penalized at work for making their families a priority, while also being expected to handle the vast majority of child and elder care.

Employers have the power to address these inequities, and increasingly people are demanding that they do. According to Lean In and SurveyMonkey’s research, only 16% of Americans think companies are doing enough to close the gender pay. Moreover, 61% of Americans are less likely to buy a product from a company that fails to pay women fairly, and almost a third of workers wouldn’t apply to a company with a gender pay problem.

Government has to step up as well. We need better enforcement of existing laws — paying women less than men for the same work still happens too frequently, despite being illegal. And we need new solutions. The federal government should follow the lead of several states by promoting pay transparency and protecting workers from retaliation when they discuss pay. It should strengthen federal protections against sexual harassment. And at long last, Congress should pass a national system of paid family and medical leave. That would be a huge boost to women in the workforce — and men, who have family and medical needs, too.

Women are doing their part. They’re working hard every day. They’re investing in their education. Where possible, they’re negotiating for higher salaries at the same rates as men. Companies and policymakers need to do their part, too. This is about how much we value women — and it’s about giving women the wherewithal to support themselves and their families. Few issues have a broader impact. We can’t get to equality without equal pay.

Rachel Thomas is Co-founder and president of LeanIn.Org. Debra L. Ness is president of the National Partnership for Women & Families.

There are over 41,000 stories like these. Lead your own Circle—whether it’s at your company, on your campus, or in your community—and work to achieve your goals.