Corporate America Is Not on the Path to Gender Equality 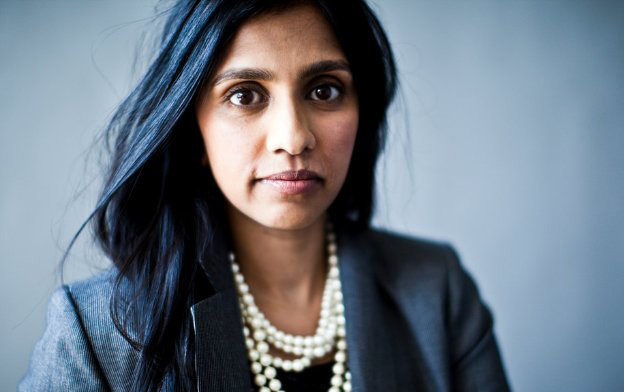 Based on recent progress, it will take more than one hundred years to reach gender parity in the C-suite, and the reasons may surprise you.

Today, LeanIn.Org and McKinsey & Company released Women in the Workplace 2015, a comprehensive study of the state of women in corporate America based on input from 118 companies and nearly 30,000 employees. The study confirms what we already know—women are underrepresented at every level in the corporate pipeline—and offers new insights into the reasons why.

Contrary to conventional wisdom, the women in our study are not leaving companies at higher rates than men. The structure and culture of work is slowing them down.

Women face more barriers to advancement. At every stage in their careers, women are less interested than men in becoming a top executive. They are more likely to cite stress and pressure as a top issue, and this is not solely rooted in concern over balancing work and family. Women of all ages without children cite stress and pressure as their number-one concern, and parents of both genders are more likely to say they want to become a top executive.

So what is creating extra stress and pressure for women?

Women experience an uneven playing field, a workplace skewed in favor of men. They are twice as likely to think their gender will make it harder for them to advance, and our research suggests that they are right.

Gender bias disadvantages women. Women walk a tightrope at work that men don’t. If a woman is seen as competent, she is often less liked, and if she is well liked, she is often seen as less competent. Further, women’s performance is often underestimated, and women are frequently held to higher performance standards than men.

Many companies offer employee programs, but participation is low.By and large employees are not taking advantage of flexibility programs, and there is evidence that they’re reluctant to participate for fear of being penalized. More than 90 percent of both women and men believe taking extended family leave will hurt their position at work.

There are some bright spots, such as high CEO commitment to gender diversity, but this study serves as a reminder of how much is left to do. To get on a meaningful path to gender equality, companies need to commit to a comprehensive and sustained effort. There are no piecemeal solutions for changing the way we work.

Here are some things that companies can do to get started, and you’ll find more details in the full report (see below):

Know your metrics. Organizations and the people in them cannot change what they don’t understand. Some companies have started to release their pipeline data, and more should embrace this kind of transparency.

Interrupt gender bias. Employees need to understand how to identify and counteract gender bias, and this is especially critical for managers, who are on the front lines shaping the day-to-day work experience of most employees.

Rethink work. Companies need to take the perceived risk out of programs. For example, when parents at PwC take an extended leave, their performance rating from the year before carries over so they don’t need to worry receiving a lower rating. As importantly, we need a culture that makes taking advantage of programs the norm, not the exception.

There’s still real work to be done, but it is work worth doing. Everyone will benefit when we reach gender equality. Companies and teams will perform better, and women and men will be able to be their full selves at work and at home.

You can read the full Women in the Workplace report below, and you’ll find a PDF version and additional resources at womenintheworkplace.com. From here, your organization can also distribute a portion of the survey to employees powered by our friends at SurveyMonkey and sign up to participate in the 2016 study.

To become a Lean In Partner, visit leanin.org/partners. We offer a growing library of expert resources and everything your organization needs to run Lean In Circles, small peer support groups that are giving women the confidence and skills to take on new opportunities and challenges.

You can also read a WSJ special report on the study at WSJ.com/womenintheworkplace.