Every so often, Lean In will collaborate with 'The Women Take Over' to highlight an inspirational woman making a difference in the world. This week: Anna Holmes. 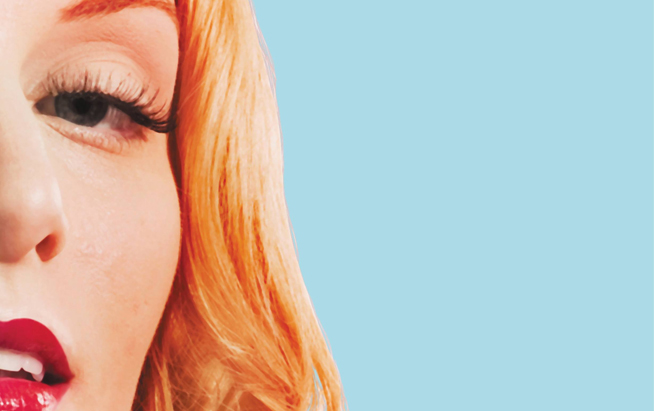 It would be impossible to look back at feminism of the last decade and not think of Jezebel. After its launch in 2007, the Gawker Media site quickly became a go-to source for savvy girls who were looking for a pro-woman, take-no-prisoners point of view. Snarky? Sure--sometimes. Controversial? Yes--often. But the site was undoubtedly pioneering, a counter to the man-pleasing, dieting tips of the mainstream women's magazines that inspired the site in the first place.

Behind Jezebel was Anna Holmes, former staffer of Star Magazine and Glamour, who, in 2006, passed up a job as editor of InStyle's website to create what Gawker was calling “Girly Gawker." Seven years, thousands of posts, a book and a Mirror Award later, Holmes -- now a columnist for the New York Times Book Review -- is coming back to her roots with a Jezebel encyclopedia. The Book of Jezebel brings us all the joys of the Jezebel site in tangible form -- complete with illustrations and historical commentary on everything from Buffy the Vampire Slayer to the Suicide Girls. We spoke with Holmes about feminism, supportiveness and plunging into the unknown.

Jezebel has had a huge impact on modern feminism, and our discussion of it. What is the most powerful effect you've seen? There were a slew of women’s websites that sprang up within 1-2 years of the site’s launch, and I have to believe that they were an outgrowth/response to Jezebel. Over the past few years I’ve seen a marked increase in discussion around – and embrace of – contemporary feminism, gender inequity, patriarchy, women’s health and economic parity and media criticism. And that’s not just on the web, but in “traditional” media outlets as well, which are commissioning and publishing a wider variety of female voices, many of them explicitly feminist. It’s hard to give the site credit for all that though. I mean, how do you quantify or prove that? You can’t. You just have a sense.

What do you think is missing from the conversation?  I guess I'd like to see more women's websites aimed at LGBT women and women of color -- more Autostraddles and Clutch Magazines. I also think there is a space for women's websites directed at an older demographic that, although perhaps more settled in life and in opinion, is no less interested in pop culture and fashion and gender politics.

How do you define feminism?  I define it pretty simply: The rejection of patriarchy and a belief in the economic, political, sexual and cultural equality of the sexes.

What is the modern feminist movement doing right? What are some of its missteps? I don’t know that I think that there is one cohesive “movement”, so it’s hard for me to say what the “feminist movement” is doing right. I think that there are things that feminists are doing right, but they are coming at their work from different angles and backgrounds. Feminists today are really savvy about their messaging and embracing new technologies. They are vocal, unashamedly so, and relentless. Many of them – and this is what I was trying to do with Jezebel – are very good at using pop culture as a gateway drug, as a way to politicize other women (and men!). Some of them are real brawlers – for the record, I respect and admire brawlers – especially with regards to the assault on reproductive rights. Missteps: I think that feminism still prioritizes the voices of privileged women over all others, but that is not a fault of feminism so much as a symptom of larger inequities in this country.

What do you think we can we do as women to be more supportive of one another? Reject the idea that’s been drilled into our heads from a young age that other females are competition – for romantic/sexual attention, for opportunities, for jobs – and that if one woman wins, another woman, by definition, has to lose. That said, I am not someone who believes that other women’s ideas and choices should never be criticized. I just think that those critiques need to come from a place of intellectual honesty and good faith.

Do you have a Lean In moment? My most memorable Lean In moment was when I decided to pass on a stable and well-paying job [to launch Jezebel]. I was terrified – this was late 2006, a time in which people from print and traditional media were dismissive and distrustful of the web – and I knew that my career might sink or swim based on the success of the site I was going to put out into the world. It was the first time in my adult life that I had been willing to purposefully plunge into the unknown. I was terrified... and obviously I’m glad I did it.

What would you do if you weren't afraid? I’d take off for a year and travel the world. I’d be more bold and assertive with regards to feelings towards friends, family and romantic partners. I’d speak my mind more in public. Maybe I’d finally leave New York. It’s been 22 years.