Surfing the S-Curve: How to Disrupt Yourself and Why

Proceed and be bold. Thought leader Whitney Johnson on why we should all embrace risk—and disrupt the status quo. 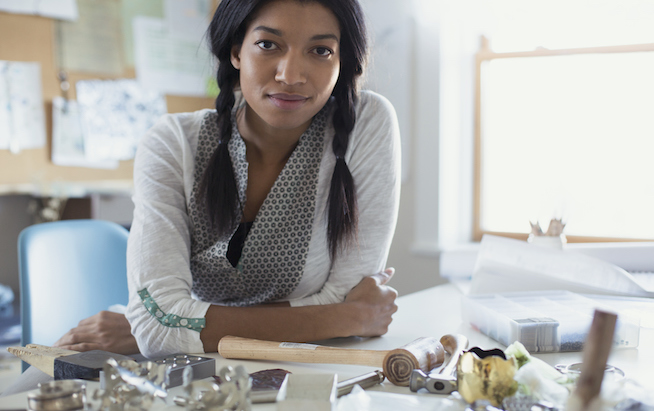 Image from the Lean In Collection by Getty Images

This is what the theory of disruption suggests will happen when you pursue a disruptive course:

Your odds of success will be 6x higher, your revenue opportunity 20x greater. Not just for your product, service, company or country, but for you.

It begins with an understanding of the S-curve. Developed by E.M. Rogers in 1962, the S-curve is a graphic illustration of how disruptive ideas and products spread through cultures. Adoption is relatively slow at the base of the S, until a tipping point is reached. Hyper-growth follows up the steep back of the curve; then growth slows again, as potential is achieved. 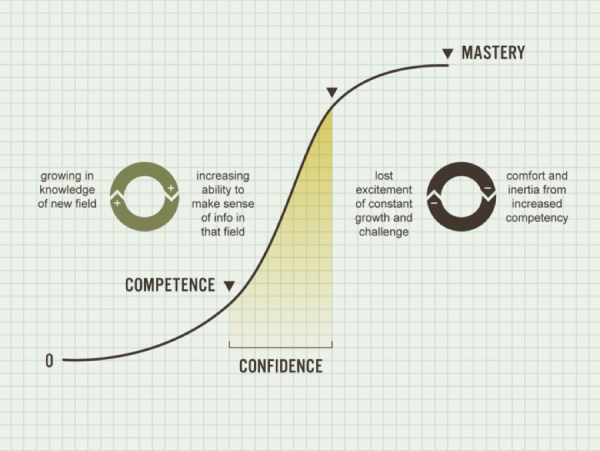 Surfing the S-curve requires acknowledging this phenomenon, and generating our own wave, which we can ride to new levels of success.  Whether the growth we pursue increases profitability, personal satisfaction, or both, the S-curve illustrates the potential benefits of personal disruption.  While we may be “equal before a wave,” we are not necessarily equal once the swell breaks over us. It depends on whether we are able to catch the wave and surf it to success, or vulnerable to being submerged by it.

HOW TO DISRUPT—A Portfolio of Strategies

Successful disruption requires savvy evaluation of risk and courage to embrace the right risks. Frequently marginalized and forced to operate outside traditional male-dominated networks, many women have experience operating on the fringe. This can be a springboard for entering markets where no one is playing. By identifying how your strengths, experience, and innovative ideas can address unmet needs—what you do well that isn’t being done—you position yourself to dive in at the shallow end of the S-curve, where the potential for success is greatest.

Rachel Chong watched social good organizations recruit volunteers then waste the volunteers’ potential by giving them mindless tasks like stuffing envelopes. She developed a template for the various functions of a nonprofit so that professionals could donate their expertise, not just their time and money. A marketer may help a nonprofit rebrand its website, while an HR person helps design a time-off policy. In just five years, Chong’s company, Catchafire, had 5000+ social good organizations as clients, over 20,000 skilled volunteers, and was one of the largest staffers for nonprofits in the world.

Maximizing limited resources has long been a strategic necessity for women. Doing more with less, setting ego aside and stepping down in order to move up, acknowledging that the failure of one idea can lead to the success of another—all of these may be part of the training required to ultimately surf the S-curve of disruption to success. Consider the multiple diversions navigated by Carine Clark, CEO of MaritzCX:

As senior director of network products at Novell, Clark built global campaigns for an $800 million business. In 2002, at the height of her success, she left Novell to run marketing (at a third of her former salary) for the unknown start-up Altiris, a SaaS-based platform for managing IT assets. This step back launched her personal rocket ship. In 2007, Symantec, a security and storage software company ($6 billion revenue), acquired Altiris. Clark eventually became the chief marketing officer.

After a sabbatical to battle stage-three ovarian cancer, she jumped again to become the CEO of Allegiance, a $20 million software company that analyzes customer data in real time. In early 2015, MaritzCX acquired Allegiance. Although Allegiance was one-tenth the size of MaritzCX in revenue, Clark was tapped by Maritz’ chairman to be the president and CEO. Calculated backward moves have been the key to her career success. Or, as she likes to say, “Lose something now to win something that is bigger and better.”

Be driven by discovery

Humankind has an innate desire to discover and conquer new territory. To scale the highest, dive the deepest, travel the farthest. Discovering our own possibilities requires leaving the familiar (and safe) and venturing into the unknown. An ocean wave isn’t surfed by a bystander on the beach, neither is the S-curve negotiated without willingness to wade–or swim–into the unpredictable currents of personal disruption.  We can’t expect the opportunities we want to come to us; we have to go to them. Remember: the power, potential, and thrill-of-the-ride are found in the wave as it swells and crests, not in the shallows lapping on the shore.

WHY DISRUPT—The Rewards for Taking a Risk

Imitation, rather than innovation, sounds the death-knell not just for companies and career ambitions but also for an essential piece of self. The part that believes we can do great things; believes that we are courageous, that we can rise to the occasion of opportunity. Not just imitating others, but trying to imitate and recreate our own past accomplishments can result in stagnation, boredom, depression, and declining performance/productivity.

Imagine a 1000 piece jigsaw puzzle, jumbled on a table. It’s a daunting prospect and slow at first, sorting the pieces, assembling the border.  Eventually, the pieces start to come together, the picture begins to emerge; there is rapid, rewarding progress. Then progress slows again—there are few pieces left to place—and then the puzzle is complete. What’s next? Admiring the image? Reassembling it? Or, taking on a new puzzle?

Moreover, maintaining the status quo doesn’t guarantee security; in fact, it can’t be done. Starbucks founder Howard Schultz said, "Any company that embraces the status quo is on a collision course with time." The same is true of individuals. The future is rolling toward all of us, and, upon arrival, it won’t look like the present. It never does. The key to thriving—not merely surviving—is anticipating the wave; envisioning a possible future and shaping it through our own unique contributions. Choosing to disrupt, rather than being compelled to do so, maximizes our potential for both profit and personal satisfaction.

We can’t forestall the forces of change but we can marshal their power to propel us upward. Disrupting on our own terms makes us agents of change—surfers on the S-curve, not flotsam tossed to and fro, then stranded on the beach. We can shape the wave of the future, and then catch the next wave rolling in, equipped with the skills and tools, the essential fitness, to ride it to success.

Whitney Johnson was named to Thinkers50 in 2015, a biennial ranking of business thinkers, is the author of the critically-acclaimed Disrupt Yourself: Putting the Power of Disruptive Innovation to Work, and a former award-winning equity analyst on Wall Street. She is a frequent contributor to the Harvard Business Review, the co-founder of Forty Women Over 40 to Watch.