Lean In describes “having it all” as “perhaps the greatest trap ever set for women.” In the third installment of their special series on leaning in, the gals of Stuff Mom Never Told You discuss unbalancing work and life. 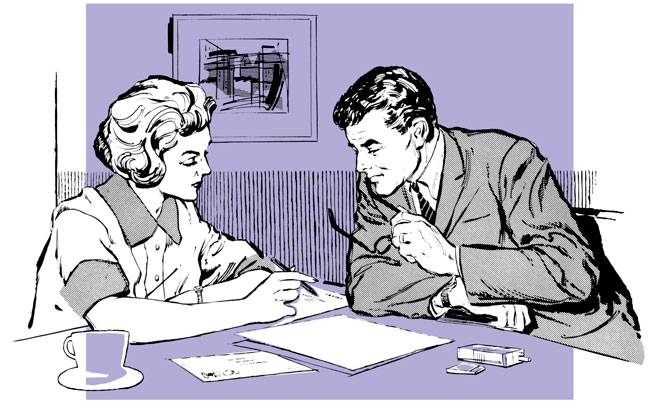 One part of Lean In that resonated with me most immediately didn’t deal with getting along in the workplace. Rather, it was her advice on dating and the household division of labor that made me put down the book for a moment and ponder.

In chapters eight and nine, she discusses how to “Make Your Partner a Real Partner” and “The Myth of Doing It All,” two topics that have been on my mind a great deal in the past year as I’ve moved in with my boyfriend and merged our lives more than ever before. Sandberg says of dating and mating: “I truly believe that the single most important career decision that a woman makes is whether she will have a life partner and who that partner is,” and I have no qualms about my partner choice. My boyfriend loves, supports and encourages me both personally and professionally, but it wasn’t until I read “Lean In” that I realized I was doing a disservice to myself in not establishing an equal partnership at home from the get-go. Instead of us divvying up chores, errand-running and so forth, I simply assumed the role as cook and housekeeper — this despite my boyfriend’s culinary knowledge and experience keeping his own apartment tidy long before I moved in. Without any prompting, I started copycatting Betty Draper (minus the fabulous wardrobe), which honestly got pretty exhausting pretty quickly even without any kids in the mix.

And judging by the research Sandberg cites in her book, I was already setting my relationship up for an exhausting future filled, with, on average, 40 percent more childcare, 30 percent more housework and five more hours of family work per week compared to more egalitarian setups. “The risk of divorce reduces by about half when a wife earns half the income and a husband does half the housework,” Sandberg writes. (Talk about stacking the odds of happily-ever-after in your favor…)

Since realizing what I was doing — essentially working myself weary trying to maintain my career and a spotless home — I’ve made a more concerted effort to let go, let my boyfriend pitch in and not fret if the apartment gets messy sometimes. And it’s been a strangely difficult relinquishing process because I had been so fixated on unrealistic notions of “having it all” by achieving a harmonious “work-life balance,” neither of which really exist. Work gets in the way of life and vice versa, and that’s OK. Sandberg wisely advises:

Long-term success at work often depends on not trying to meet every demand placed on us. The best way to make room for both life and career is to make choices deliberately — to set limits and stick to them.

I know I’m not alone in striving to do too much in the pursuit of creating a false image of perfection, and I’m gratefully relieved that in learning how to lean in, I’m unlearning the myths of having it all, and the more I do, the freer (more balanced, some might even say) I feel.

Listen: Get Ahead. No Guilt

Get inspired: Stay-at-Home-Dads: We are Leading Men