Author and activist Zainab Salbi on how women across the globe are leaning in to speak their truth. 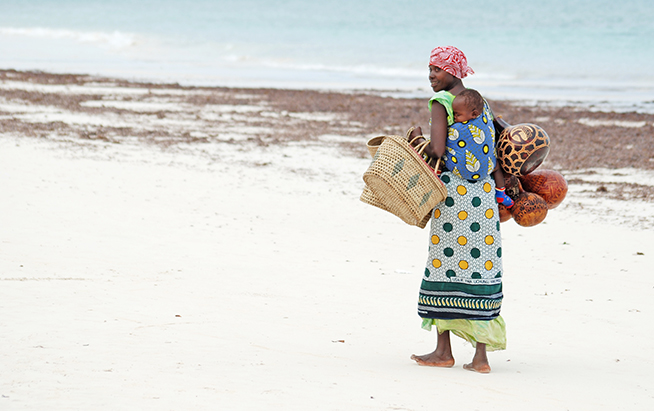 The stories are plenty and exist in all cultures, from my own home country, Iraq, to Afghanistan, Egypt, Rwanda and Colombia, among others. (photo via Shutterstock.com)

It has been a few months since Lean In was published, triggering much debate and emotion among women in the U.S.. Though often discussed in relation to U.S. corporate culture, in my opinion, Lean In is a global women's story anchored in one woman's ability to take a leap of faith to speak her truth and act upon it. It is a journey that I have seen enough women in different parts of the world make and, regardless of their socio-economic or educational backgrounds, take to believe that this discussion goes beyond American women or matters of wealth, class or education, as some of the criticism of the book implied.

I have lived and worked most of my life in "cultures" that are known predominantly for their discrimination against women. And in every single culture I encountered, there were always women who defied cultural norms to do what they believed was right for them. This phenomenon has never been related to how rich, poor, successful or not successful the woman may be. In my experience, it has always stemmed from the individual woman believing that she has the right to speak her truth and to "lean in" to fulfill her full potential and do what she needs to do.

There are many examples to talk about, and I personally have documented many stories in my books The Other Side of War (2006) and If You Knew Me You Would Care (2013). There is Karak from Southern Sudan who, despite living in a refugee camp, got herself to college, created a group to educate other women in the camp, loved a man and married him and when it was not working, divorced him. She was one of the first woman who returned to Southern Sudan to contribute to its building. She married another man, led a major woman's initiative there and over the years, came to be called "Commander of Non-Violent Troops" by her countrymen. Every action was made because she chose to lean in, despite the fact that every step was met with endless resistance from those surrounding her, both on a familial and cultural level. In the end, she ended up being a triumphant woman who earned the respect of all and whose family came around full circle to support her years later.

Another example is Dr. Hawa Abedi from Somalia, a gynecologist who ended up turning her home into a refugee camp housing 90,000 displaced people throughout Somalia. Her husband didn't like that, so he left. But that did not stop Dr. Abedi from doing what she felt was right. She "leaned in" despite her circumstances, and not because of them, and one can argue she made her share of sacrifices and leaps of faith to do what she felt was right. It took 20 years for the world to recognize Dr. Abedi for what she has accomplished, and see how she turned so many men in her community into allies and supporters even though she defied their image of what a woman's role should be.

The stories are plenty and exist in all cultures, from my own home country, Iraq, to Afghanistan, Egypt, Rwanda and Colombia, among others. None of these countries are known for women "leaning in," though I assure you these women exist and are thriving. What they have in common is their own personal drive to question what they are told is the norm for women's behavior, to do what they feel is right and fair despite all kinds of obstacles they face, and, in the end, making it, albeit sometimes with a heavy price. But in all cases, they were women who spoke up, leaned in and at the end of the day, succeeded in cultures known more for the stories of women's victimhood than strength and success. The most recent example is Malala Yousafzai who, in my opinion, embodies the meaning of "leaning in" by claiming her voice, speaking out and claiming her rights and those of other girls despite cultural, economic and security challenges.

I by no means intend to simplify the challenges women face in any culture. Women are marginalized in all cultures in my opinion, some in more extreme ways than others. This marginalization and discrimination needs to end, systems need to adopt and be fully inclusive of women, cultures need to shift to get the best out of women, economies need to welcome women with their own family realities, and politics and leadership seriously need more women. These are undisputed facts. But after 20 years of dedicating my life to servicing marginalized women worldwide, I have come to believe that the core transformation can only start with the individual willingness to take the first step towards change. The proverb that says, "Be the change that you want to see in the world" is true and very applicable in this case.

In order for women's realities to change, the journey must start with women's willingness to take the first step, to own our stories, but not be defined by how we were marginalized or discriminated upon; to have the courage to defy whatever fear we may have of not being accepted if we are to challenge or question the status quo of whatever cultural reality, be it at the work place, family or country level. I spent the last months in post-Arab spring countries meeting with women who are leaning in despite all odds. For every step they are taking to lean in, they are getting much push back and attacks, but they continue to stand up and stand up again and are refusing to step back.

"How can we see change," they say, "If we are not willing to make that change ourselves?" I see them and I get inspired by their courage and willingness to lean in over and over again, despite much risk to their personal and physical well-being and safety.

No change can come if those who are impacted the most by discrimination are not willing to stand up for themselves. By accepting what the external structures have told us we need to do, we have given the power of our realities and ourselves to others. It is time to tell a new story for women, and that can only start with women. Then, we can write the new book questioning external structures from that of the corporate world to governments and cultures for imposing a no-longer-acceptable nor sustainable system that marginalizes women, which I hope will be  the sequel to Lean In.

Zainab Salbi is an Iraqi American writer, author and activist who is the founder of Women for Women International.