Walter Isaacson On The Women Of The Digital Revolution

In his New York Times bestseller The Innovators: How a Group of Hackers, Geniuses, and Geeks Created the Digital Revolution, author Walter Isaacson tells the story of the people who made the digital age possible. He joins LeanIn.Org for a conversation on the critical but often forgotten role women have played in the digital revolution from the very beginning. 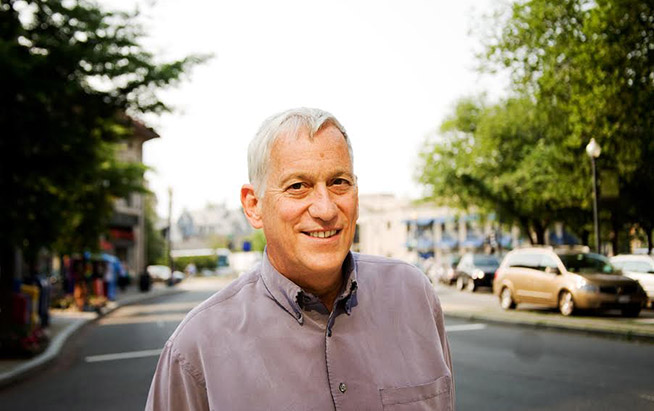 The Innovators is a tale of teamwork. How did collaboration change the game and lead to great results in the digital revolution?

Contrary to the myth of the "lone genius," digital innovation has been defined again and again by the power of groups. Yet we often don't focus on how central teamwork is to invention. Try to Google the phrase, "the man who invented Amazon" -- you get over a thousand results. You'll find far fewer on collaborative creativity, even though this has been the secret sauce to making change all along.

When I traced the history, I found collaboration between men and women, women and women, and ideas handed off from one generation to the next. And here's what they all had in common: their ability to work together made them even more creative.

It all started with Ada Lovelace. Why is her story -- and the role of women innovators -- so important to this history?

One of the reasons that I wanted to write this book was because I felt that the role of women in the history of the digital revolution was being diminished. I discovered Ada Lovelace when my daughter was writing her college essay. When my daughter showed it to me I thought, wow, why haven't I heard this before? Why doesn't everyone know this woman's name? And I found that it was part of pattern: women were making huge contributions in these fields from the start, but they weren't receiving the credit.

Ada Lovelace created a vision for computers that drives technology to this day. She realized that any piece of content, not just numbers, could be expressed in digital form -- and she figured out, step-by-step, the workings of what we now call a computer program. Ahead of her time, she was able to glimpse a future in which machines would become partners of the human imagination. She was a true pioneer.

Ada Lovelace found an instrumental mentor in Mary Somerville. What is the role of female role models in empowering women, past and present, in tech?

It can't be stated enough. If you can see it, you can be it. That's why shedding light on women like Ada Lovelace is so crucial. Girls growing up today need to see that women have made their mark in this field before. Women are an essential part of the digitial past and present, and recognizing this will help draw girls in the classroom to STEM so that they can grow up to become an essential part of the digital future.

Mary Somerville is a perfect example of this. She was one of Britain's few noted female mathematicians at the time. She met with Ada regularly, sent her math books, devised problems for her to solve, and explained theories to her. It was a great instance of a woman empowering another woman. But I would also add the importance of male mentors for women. Charles Babbage bucked conventions by collaborating with Lovelace, and that opportunity is what led to much of the history she made. Both genders should embrace opportunities to mentor women.

What lessons can today's innovators learn from Lovelace?

Ada Lovelace linked humanity to technology. This understanding of how the two worlds intersect is a trait of some of the greatest innovators I encountered. Much of it had to do with Lovelace's personal history. She was the poet Lord Byron's daughter and her mother didn't want her to turn out like him, so she had her tutored almost exclusively in mathematics -- as if that were an antidote to being poetic. But a funny thing happened. Ada Lovelace fell in love with math, but she also maintained her sense of imagination and art. She called the fusion "poetical science." I found again and again true change agents were often those who stood at the intersection of art and technology, embracing the best of both worlds. Steve Jobs did this, and Ada Lovelace did too.

We celebrated Ada Lovelace day on October 14th this year. But we shouldn't stop there. We should also be celebrating Grace Hopper Day on her birthday on December 9th, and other days throughout the year celebrating female engineers, scientists, and innovators.

Speaking of Grace Hopper -- World War II saw another wave of female innovators in the development of modern computing.

Historically, war has mobilized science. World War II helped mobilize computing, and women were at the forefront of that. The ENIAC was the first electronic general-purpose computer, and all the engineers who built its hardware were men. But the women of ENIAC showed that the programming of a computer could be just as significant as the design of its hardware.

Speaking of the power of groups -- the women of ENIAC were crucial in the development of modern computing.

A century after Ada Lovelace, the first electronic computers were being invented. Men were still focused on the hardware, but women like Grace Hopper and the six women of ENIAC understood, and proved, that the programming of a computer could be just as significant as the design of its hardware. People are sometimes surprised by women's involvement this early on in the field, but in fact 15% of Americans who got doctorates in math during the 1930s were women. By the 1950s, by contrast, a mere 4% of math doctorates went to women.

Six women programmed the first all-electronic, programmable computer, the ENIAC, a project run by the U.S. Army in Philadelphia as part of a secret World War II project. They were given the seemingly menial task to reset switches. They wrote out each new sequence on paper and developed the use of subroutines. Today, we call that programming. The women envisioned the many things ENIAC might someday do, and their work paved the way for other programmers. And yet, when the ENIAC was unveiled to the public, the women were never introduced. They remained in the shadows. It's time to change that and give these women the recognition they deserve.

What message would you send to young girls today who are thinking about pursuing STEM but who might be discouraged by the numbers of women in the field?

Lean in -- girls run the world.

Walter Isaacson is the CEO of the Aspen Institute, has been chairman of CNN and the managing editor of Time magazine. He is the author of Steve Jobs; Einstein; His Life and Universe; Benjamin Franklin: An Amerian Life; and Kissinger: A Biography. His new book, The Innovators: How a Group of Hackers, Geniuses, and Geeks Created the Digital Revolution, is out now.