To Make the Most of Meetings, Avoid “Manterrupting”

Journalist and Lean In contributor Jessica Bennett explores the phenomenon of "manterrupting" (and what we can do to stop it!). 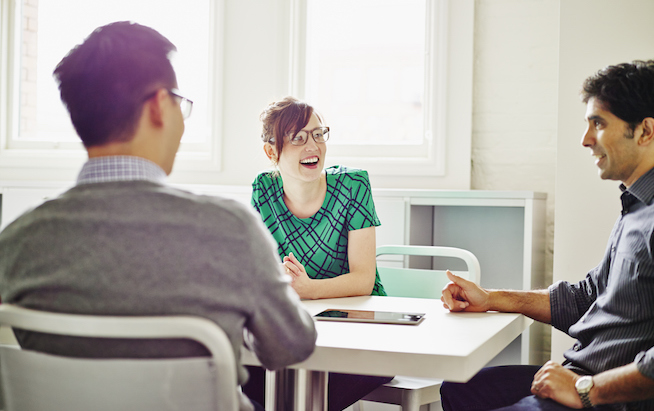 Remember back in 2009 when Kanye West interrupted Taylor Swift’s acceptance speech at the MTV Video Music Awards? He grabbed the microphone from her and said, “I’m gonna let you finish . . . but Beyoncé had one of the best videos of all time!”

In her recent Time article, “How Not to Be “Manterrupted” in Meetings,” Lean In contributor Jessica Bennett uses this key moment in pop culture’s collective memory to help define a phenomenon that happens everywhere from high profile stages to high stress meetings. Bennett calls it “manterrupting”—the “unnecessary interruption of a woman by a man.”

The article also features a definition for “bropropriating”: Taking a woman’s idea and taking credit for it.

Bennett notes that both of these meeting fumbles can erode women’s confidence and limit women’s ability to make positive impacts on their workplaces. She writes:

We might have thought we were just being paranoid. But thanks to Sheryl Sandberg and Wharton business school professor Adam Grant (a man!) we can feel just a little less crazy when we mentally replay those meetings gone wrong. In a new op-ed in the New York Times, they point out the perils of “speaking while female,” along with a bevy of new research to prove that no, this is not all in our heads . . .

Sandberg and Grant cite research showing that powerful male Senators speak significantly more than their junior colleagues, while female Senators do not. That male executives who speak more often than their peers are deemed more competent (by 10%), while female executives who speak up are considered less (14% less). The data follows a long line of research showing that when it comes to the workplace, women speak less, are interrupted more, and have their ideas more harshly scrutinized.

Can we eliminate manterrupting and bropripritating? Bennett thinks so. Here are her top tips for making the most of meetings for men and women in your organization:

To learn more, check out the full article.