Every so often, Lean In will collaborate with 'The Women Take Over' to highlight an inspirational woman who is making a difference in the world. First up: 'Smart Girls at the Party' Producer Meredith Walker. 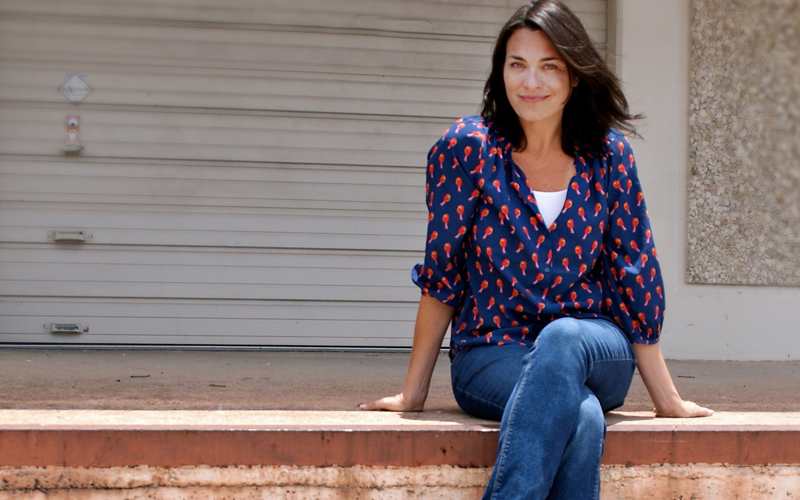 If you worry about the effects media and pop culture on girls, look no further than Smart Girls at the Party and your faith will be restored. The brainchild of comedian Amy Poehler -- along with friends Amy Miles and Meredith Walker -- the video series and online community has created a safe place for girls of all ages to, as they put it, "cultivate their authentic selves."

The content is diverse, with Poehler, Miles and Walker acting as wise older-sister types, but centers upon a central theme: change the world by being yourself. The  message is wonderfully universal --  perhaps most evident in a video series called Operation Nice, which shares stories of people and their selfless acts of kindness, encouraging their followers to act with kindness in their own lives.

We spoke with Walker, a former SNL producer (which is how she met Amy) about feminism, conquering your fears and changing the world.

The Internet is known for being snarky. How have you managed to carve out this niche of kindness, and more importantly, how did you encourage young girls to embrace it?

We simply try to be positive influences. We try to speak and post in realistic language, rather than marketing words -- you won't ever read “tween” or” learnings” on our site. We believe  our authenticity and openness let our viewers know that we respect them.

What advice do you have for a young girl who feels lonely or uncomfortably different from her peers?

There is a thing in psychology known as the Adolescent Fantasy. It is the belief that nobody knows how you feel and that you are all alone in that feeling. Smart Girls doesn’t try to say anything about the Adolescent Fantasy; we simply try to let girls know that, even though they feel alone, their feelings are shared. We understand that loneliness and not fitting in aren’t to be taken lightly. We have been there -- and it is awful. We know for sure that platitudes do not work at all. When people would say things to us such as, "Well, you don't want to be friends with people like that anyway" -- it didn't help us feel less uncomfortable. We encourage  girls, and everyone really, to find the activities that hold their attention and help them feel participatory in the world. Knowing what that feels like can be a game changer.

How do you define “feminism”? How do you think that definition will continue to evolve?
I think it is important for all of us to figure out what being a feminist means for ourselves. For me, being a person should afford the freedom to be yourself without having to follow any particular set of roles or expectations that come from society. My parents were the ones who first showed me what this looks like. One day my mother and father realized that they had just sort of evolved into something different when they noticed that mom was working on the taxes and dad was making a cheesecake for somebody’s birthday. Nobody told them they couldn’t do that.

What women inspire you?
My mom, Liz Walker, because she was the first Smart Girl in my life -- brains, a killer sense of humor, curiosity, and kindness. The late Barbara Jordan, Pema Chodron, Anne Lamott, and every single person who has ever been on Smart Girls -- those young women inspire the hell out of me.

What books or media have made an impact on your life?
Don't Bite the Hook, by Pema Chodron helped me wake up to the fact that my reactions are what affect my outlook and feelings -- so stop reacting. Linda Ellerbee’s And So It Goes made me realize I wasn’t a weirdo for being unconventional - it is something to embrace and take into the world.

Do you have a Lean In moment?
My most mindful Lean In moment was when I accepted an invitation to give a talk at a large conference. Being best friends with Amy and the daughter of a gifted speaker, I've seen the power of words when delivered with intelligence, compassion and humor. I grew up hearing that my father's words had comforted people or caused them to rethink their opinions, and Amy's words have done the same. That definitely informed my decision to say yes. It was frightening though, because I didn't have years of public speaking and improv and interviews under my belt ... I was nervous. I was bombarded with self-doubt. Who am I to be up there saying anything to these people? I knew that I had prepared and I knew that I cared deeply about the content, so... I felt the fear and did it anyway. Sometimes people approach me after a talk to let me know it helped them feel more comfortable in their own skin, and I know I leaned in the right direction.