In part two of a special Lean In series from Stuff Mom Never Told You -- the weekly podcast from HowStuffWorks -- hosts Cristen and Caroline discuss “impostor syndrome,” or that fear that we’re not really as good at our jobs as everybody says we are. 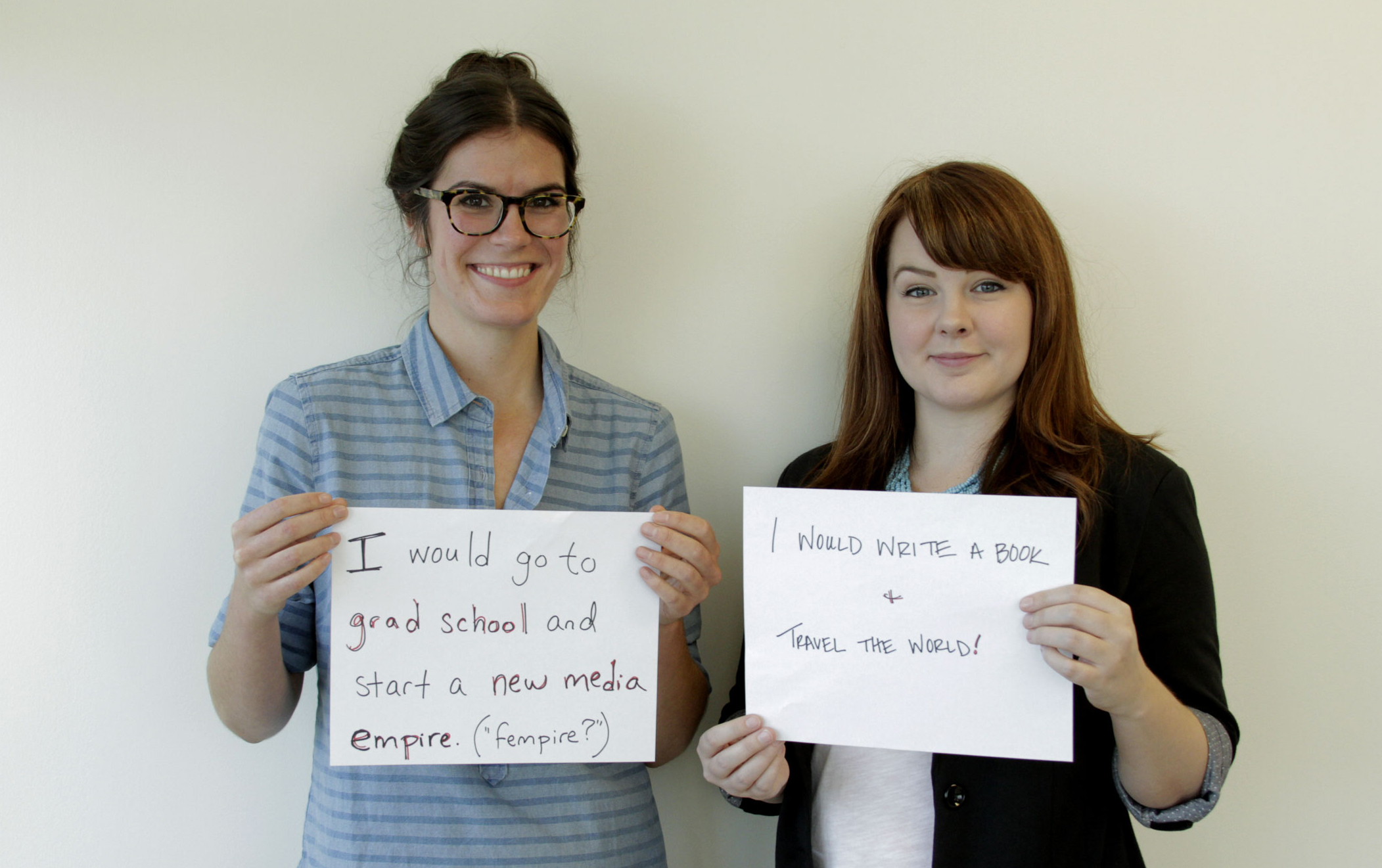 'Stuff Mom Never Told You' hosts Cristen (left) and Caroline answer the question: What would you do if you weren't afraid?

In 1978, Oberlin psychologists Pauline Clance and Suzanne Imes coined the term “impostor syndrome” to describe an underlying feeling of being a fraud that often results in undercutting one’s accomplishments. In part two of our four-part series on Facebook COO Sheryl Sandberg’s “Lean In,” Caroline and I unpack the impostor syndrome in the workplace and explore how to banish that fear because it seems to particularly affect successful women.

Learning about this psychological tick reminded me of an impostor-ish habit I’m striving to break in which I downplay pride in my work. When people ask me what I do, I used to confidently mention the very large and well-known company I’m a part of and then trail off with a couple mumbled lines about “a podcast,” “Stuff Mom Never Told You,” and “not a big deal.” Reading about the impostor syndrome in “Lean In,” it struck me that the only professional validity I owned wasn’t what I put my time, energy and love into, but rather something far more external and thus not self-promotional. By shying away from showcasing my skills and talents, I had been repeatedly, mentally undercutting myself.

Sandberg writes that she first heard about impostor syndrome while attending a speech called “Feeling Like a Fraud” by Dr. Peggy McIntosh from the Wellesley Centers for Women, and she later told Salon, “I believe that had I not heard that speech, I would not have the job that I have.”

In that now-famous talk, McIntosh explains the feelings of fraudulence impostor syndrome manifests:

One feels illegitimate in doing something, or appearing as something; one feels apologetic, undeserving, anxious, tenuous, out-of-place, misread, phony, uncomfortable, incompetent, dishonest, guilty. Many women and men I know seem to share these feelings. But some research and much observation suggests they are especially severe in women, both in chronic life-long forms and in acute forms in particular situations.

Case in point: when professional men fail or under-perform at a project, they tend to look externally for reasons why, whereas women are much more likely to blame themselves and assume that it reflects a personal shortcoming. Yet, the reverse happens when we find success; women look outward rather than inward, possibly due to the impostor syndrome that whispers in our ears that we just lucked out and there’s no way we could possibly be as amazing as everyone might be telling us. Meanwhile, aside from the psychological effect of anxiety and worry, impostor syndrome can sabotage us by provoking cycles of over-work, procrastination and burn-out, depending on how we deal with it.

So what are we to do about the impostor syndrome? We should simply own our skills, talents and success, right? Sure, but what does that really mean in practice? In my reading of “Lean In,” Sandberg’s discussion on embracing the authentic self and speaking your truth struck me as what “owning” success is all about. Rather than searching externally for quantifiable proof of our worthiness, it’s time for us to dig inward; otherwise, we’ll continue being our own worst enemies in the workplace, undercutting ourselves — as I had been doing — every step of the way.

Fighting fear and the impostor syndrome also requires bravery and strength, which is another reason Caroline and I wanted to start this “Lean In” conversation. We all have inner demons and lying impostors to slay, so I hope we can empower each other by sharing our vulnerabilities and finding encouragement in that community.

Watch: TED: Why we have too few women leaders

Participate: What Would You Do If You Weren't Afraid?

Next up, Caroline and I take a break from the office to unbalance the notion of work-life balance.