A New Community for Women in CS&E

Lean In President Rachel Thomas announces the CS&E Chapter of Lean In Circles in partnership with the Anita Borg Institute, LinkedIn and Facebook 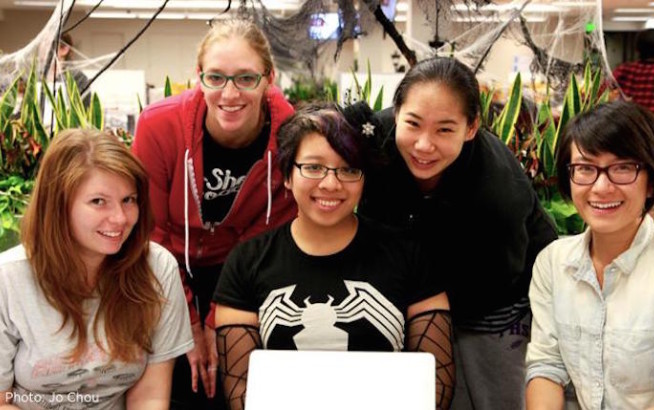 This post was originally published on Rachel’s LinkedIn Pulse page.

I’m thrilled to announce that LeanIn.Org is partnering with the Anita Borg Institute, LinkedIn and Facebook to launch a community of Lean In Circles for women studying computer science and engineering at leanin.org/cse.

Despite the advantages of careers in computer science – high salaries, exciting work and incredible flexibility – the number of women graduating with degrees in CS has plummeted from 35% in the mid-80s to 18% today. Last year I met a masters student in the engineering department at the University of Tennessee named Denise Gosnell who put it like this: “All the women in our department can fit in one row on an airplane.”

As more women enter (and stay in) computer science, more women will follow them. Lean In Circles offer the encouragement women need to go for it. Circles are small peer groups that meet regularly to support one another. There are more than 21,500 Circles in 97 countries and on more than 330 college campuses, and they work: 75% of members credit a positive change in their life to their Circle.

I’ve seen the potential of Circles firsthand. Last spring I sat in on a Circle of young women in computer science. It was their first time coming together, and they didn’t know what to expect. Halfway through the meeting a woman explained that she was struggling to get a good assignment at her summer internship. Her manager brushed her aside when asked to switch project teams, and she was afraid to ask again. Two women started to nod vigorously; they were experiencing the same thing. By the end of the meeting, the group had brainstormed another approach and encouraged all three women to push for what they wanted. It was energizing to watch.

It’s lonely to feel like “the only one” – and so common for women in CS – but there’s strength in numbers. When we come together to support one another, we can create change. LeanIn.Org is excited to partner with the Anita Borg Institute, LinkedIn and Facebook – all leaders in the effort to get more women into computer science – to build a community of Lean In Circles for women studying computer science and engineering. You can join this new “CS&E Chapter” at leanin.org/cse. #leanincircles