Stay-at-Home-Dads: We are Leading Men

Forget the rubbish that men should always be “heads of household." Stay-at-home dad Clay Parker on why he is proud to hold the title. 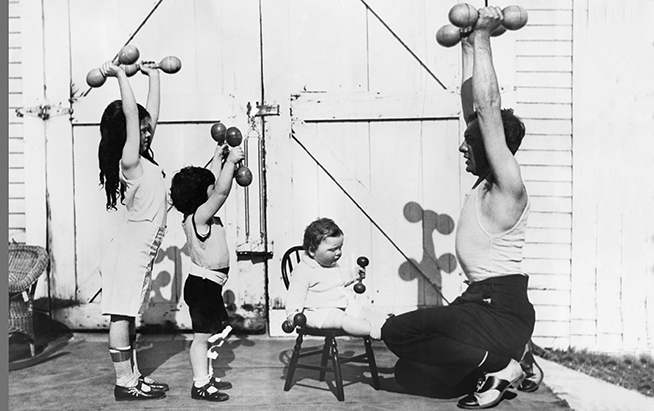 The goal for all parents (and legal guardians) is to raise happy, healthy children who will someday move in the world autonomously and with confidence. (photo via Shutterstock.com)

Since an early age, I’ve been drawn to the self-reflexive exercise of making a list of the roles that I play, the things that I am. It’s a simple way of taking inventory of myself and is fun and revealing. The list morphs over time. Perhaps the most telling part of making such a list is not what roles you admit to but the order in which you think of them. Five years ago, my working identity of “house painting contractor” likely would have taken the top spot; now that I’ve stopped doing that and have joined the ranks of “stay at home dads,” my role as parent and homemaker (my 2004 Merriam-Webster dictionary hones its main definition with “esp. as a wife and mother”) clearly head my list. We all add and discard these monikers over time, most conspicuously when we marry and have children, and when we divorce, change careers, adopt a new hobby or interest.

At 44 years old, I have the perspicuity to know that my familial roles of father/husband/son deserve the most reverence and attention on my list. The titles on our lists are as broad or narrow as we make them: being a husband, father or son might include working a full-time job to support our spouse, children or even parents. It might include volunteering at your child’s school, coaching your child’s soccer team or simply chauffeuring your children to birthday parties, play dates or music lessons. Every parent or set of parents encounters changing circumstances which demand adaptation. The goal for all parents (and legal guardians) is to raise happy, healthy children who will someday move in the world autonomously and with confidence. Does it really matter how we get there? When I performed painting jobs for people, it was the end result that really mattered. Though I always explained my process, what did they care if I used a certain brand of putty knife or specialty primer to achieve the mutually-desired end? One of my daughter’s neighborhood friends has two moms and I can assure you they love and nurture him as fiercely as any other set of parents I know. I have no doubt that children lacking either a “masculine” or “feminine” presence in their home find—and are found by—such role models in either a broader family context or the world at large.

It is common for men who become stay-at-home dads to feel diminishment and self-doubt—let’s put aside for now the profusion of reasons this occurs. After all, only recently has society begun to soften its barriers against men and women assuming non-traditional roles at home or in the workplace. Being male, I was raised as a male, somebody who embodies typically “masculine” characteristics: strength, physicality, decisiveness, etc., counter-balanced by the mannered attributes of a “gentleman.” My central male reference, my father, has served in the armed forces, holds both a chemistry doctorate and a law degree, and was VP of a large pharmaceutical company. Talk about a hard act to follow! What his many awards, plaques and diplomas don’t reveal is what an incredible father he is, now 72 years old. My inner wealth is his inner wealth is my daughter’s inner wealth—not to omit my mother and my wife, exemplary human beings who continue to teach me about virtue, patience and understanding. 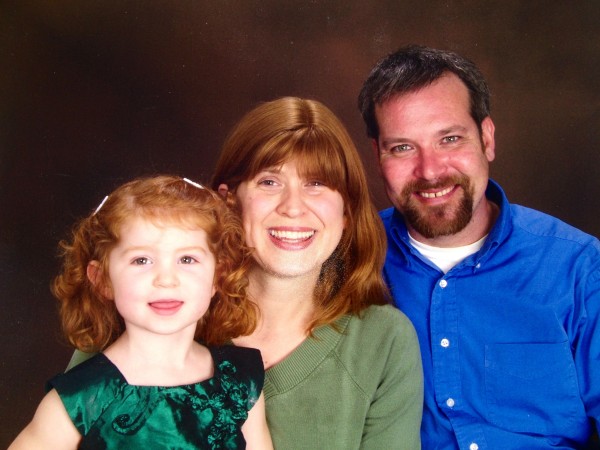 Clay Parker, his wife Laura Kreutzer, and their daughter.[/caption]

Lately, I have come to view my role as a “stay-at-home-dad” as a kind of “Best Supporting Actor” role, absolutely essential to our story. Wikipedia tells us that a large supporting role is sometimes considered a “secondary lead” and that there is sometimes controversy over whether a particular performance should be nominated in the Best Actor/Actress or Best Supporting Actor/Actress category. I decree that all stay-at-home dads who strive to be their best are “leading men.” Forget that rubbish that men should always be the “heads of household” or that “you’re not a man if you let your wife work.” I’m pretty sure I wouldn’t be able to stop mine.

My wife, Laura, and I differ in many ways; we are, however, unified in our love for our daughter and each other. The decision for me to become a “stay-at-home dad” was both our decisions and it makes sense for us. What I didn’t realize when I shifted responsibilities is that Laura was already pressing against the tide, earning more than her husband, accepting management responsibilities and traveling routinely to NYC (we live outside Boston). She and I are both “non-traditional” as it turns out, and we are both now in different minority groups. Because my wife and I are spiritually and philosophically unified, a rough analogy came to me: our roles are like mirror-images of each other, identical but reversed. Where I have to deal with disapprobation from certain parties, she must overcome the better-documented yet slow-to-change gender discrimination Sheryl Sandberg describes in “Lean In.” This is particularly true since Laura works in a classically (or chronically) male-dominated industry. From a more general standpoint, how anyone could justify women earning over twenty percent less than their male peers is beyond me.

I would not be writing this article if not for my wife. As readers of her WSJ Sunday Juggle column know, I am a (somewhat reluctant if truth be told) participant in her personal forays into work, parenting and family finances. I always help her—it would be pretty difficult for her to write about marriage and parenting with one of the principals in absentia—but I helped a lot with the last one, not realizing what a buzz it would create. It was one of Laura’s most widely read and responded articles. Laura shared many of the emails she received with me and I read with interest the stories of other “stay-at-home” dads. Many readers (moms, dads, grandparents, singles, whoever) responded simply with affirmation and gratitude.

As a result of Laura’s piece, she and I joke that I‘ve become a flash celebrity.  I was invited to attend the National Stay-At-Home Dad conference in Denver this fall (which I may do), I declined an immediate invitation to appear on the “Today” program because I just wasn’t ready (don’t fault me: I’m both camera-shy and a much better writer than talker), and Sheryl Sandberg emailed Laura to invite me to write this piece for “Lean In.” I am normally a writer of fiction so it’s an adjustment for me to even write non-fiction, let alone of the autobiographical sort. Fortunately, it turns out that I am sufficiently egotistical to happily do so. And I am grateful for the opportunity to get back into writing after an overly-long hiatus.

I put out this clarion call to reflect on how much love and loyalty and steadfastness all parents demonstrate. I urge all of you “stay-at-home dads” to consider the enormous contribution you are making to your family currently, not to mention the lasting bonds you are forming with your kids every day. Think of yourselves as “leading men” while acknowledging that dads are different but just as competent as moms. I will always find my father in the things I do or say.  Even now, I must anticipate a future when our daughter is grown, and I just know I’m going to tell her to visit more often. That her mother worries.