Quietly Leaning In: An Introvert's Guide to Leadership

Jennifer Kahnweiler, author of The Introverted Leader, offers advice for how introverted women can tap their strengths to lean in. 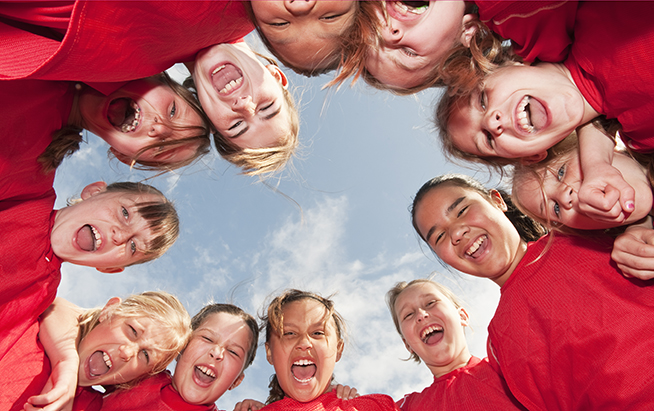 How can you tap into the female version of your quiet strengths to lean in? (Photo: Getty)

In every performance review, I’m told I need to speak up, that I need to spend less time in my office with my door closed. My boss says I have to ‘sell’ my ideas with more enthusiasm. My co-workers say that I need to be more of a ‘team player’ and less of a ‘report generator.’ Believe me, I’ve tried. It seems that when I try to develop those skills, however, I’m just acting like someone else ... How can I be me and still make a difference?

Sari sighed and shrugged her shoulders with more than a hint of frustration as she asked me this question during a leadership workshop I was running at her company. I’ve been asked a similar question many times, and I always feel a sense of sorrow in answering. The reality is that introverts—especially women who fall into this category—are continually asked to adapt to an extrovert-centric, male-dominated workplace that rewards being out there and on stage.

Many organizational cultures support those who talk about their accomplishments, who spend more time out and about networking instead of alone deep in thought, and who make sure they are the first to get their ideas heard. However, women like Sari are well prepared to follow the advice of Lean In and shape the future of business for themselves and their organizations.

The problem is most organizations are not set up to leverage the many strengths those female introverts bring to the table – strengths that include reflection, preparation, listening, focused dialogue, writing and social media. On the contrary, most organizational cultures inadvertently put roadblocks in place that women like Sari face as they strive to move ahead.

Here are a few roadblocks introverted women typically face in the workplace:

Lack of visibility The numbers alone aren’t in women’s favor. Women represent just 14 percent of executive officers, 17 percent of board positions, and only 21 of the Fortune 500 CEOs. Women risk being overlooked in a sea of male colleagues. Add to that an introverted woman’s natural tendency to wait before speaking up -- and their general resistance to self-promotion or “bragging” -- and their talents and accomplishments often don’t see the light of day.

A discomfort with networking and schmoozing, which come more naturally to their more extroverted colleagues, also places quieter women at a disadvantage. As one manager of several introverts told me, “I don’t have the time to figure out who has achieved what. I give opportunities to those who tell me what they are doing without my having to ask.”

Negative Impressions Introverted women spend time thinking and stay longer “in their heads” than their extroverted colleagues do. Sometimes, this habit comes off as not showing emotion. They end up being judged by men as cold and unfeeling and by women as “stuck up.” Both men and women may even question their intentions. One coaching client told me her team thought she was planning a nefarious plot with the boss simply because she had not spoken up at a meeting.

Bias Being the first female engineer, scientist or systems manager can be hard enough, but it is especially difficult if you’re not a talkative, outgoing Type-A personality. Nina, a young chemical engineer, said her 50-something extroverted male customer, who refused to address her directly and, during negotiations, spoke only to her junior employee, challenged her. In Lean In, Sandberg describes similar situations. The truth is, introverted women face the frustration of putting up with male authority figures who don’t let them speak.

Avoiding Conflict Few organizations teach women how to manage the healthy conflict that is natural and necessary to generate new ideas. That makes it particularly hard for introverts, who tend to keep their opinions to themselves, to contribute to conversations around big decisions. Girls are rewarded for being polite and cooperative throughout their schooling. Because they receive a lot of positive reinforcement for being naturally quiet, introverted girls grow up to be women who focus on pleasing others and fitting in. In the professional arena, they avoid addressing conflicts head-on. Their frustration builds up as they repress ideas that challenge the status quo.  Feeling stuck and unappreciated, they then tend to dial down their career goals -- “leaving before they leave” as Sandberg puts it. Their valuable input gets ignored and the organization loses out on their innovative ideas and contributions.

So, if you are an introverted woman, what can you do to face these roadblocks? How can you tap into the female version of your quiet strengths to lean in? Here are 5 steps you can take to tap into your natural strengths.

Take Quiet Time You can use your preference for quiet time and calm reflection to become more self-aware and clearer about the positions and motivations of others. Being assertive and confident can be a mental game and you can replace negative thinking with positive thoughts. Remember: what doesn’t kill you makes you stronger. Recall how you felt when you pushed past a challenge and succeeded. When you are tempted to doubt yourself and your competency, use breaks to recharge by taking a calming walk or writing in your journal.

Make Time For Face Time Focused conversations are the best format for solving problems, working through conflicts and asking for what you need. Diversity experts tell us that a key way to overcome bias is to get to know someone different on a personal level. This means engaging in honest, open, and direct communication. Discussions that don’t happen in large groups but do off the factory floor and outside the conference room are more effective. When you ask for and give feedback to your teammates or boss, you build trust and get results.

Prepare for these discussions (preparation is another introvert sweet spot) by using a process called AEIOU.

Seek Out Other Quiet Influencers Quiet influencers don’t act like extroverts who shout to be heard above the noise and win people over to their point of view. Instead, they use their natural quiet strengths to challenge the status quo, provoke new thoughts, create change and challenge others. Seek out these quiet influencers and observe how their words and actions land with impact. They can serve as mentors who can help you navigate the waters of your company’s culture. They also can provide that needed push to keep learning and growing.

Change How You Are Perceived Last year I coached Shira, a soft-spoken engineer who flew under the radar in her company. Her ideas were often ignored and she became aware of how her non-verbals spoke volumes. Shira wanted to change how others saw her so she decided to take a cue from stage performers and act “as if” she was confident. She slowed her breath down, raised her voice a level and increased her eye contact with others throughout the day. She still honored her temperament and her introverted needs, but these conscious steps altered the perceptions of her from an uninterested, non-assertive woman to a highly competent and strong contributor. Shira began to be asked her opinion more by her male colleagues and was included in discussions she had previously been excluded from.

Use Networking Smarts Quiet influencers use both social networking and traditional face-to-face networking strategies to be effective. Social media is a great medium for quieter women. It allows them to control how and when they will engage with others. With an online presence others can get to know as much about you as you care to share; it also helps you to achieve visibility that might be difficult to gain in person. Face to face networking is also important. You can schedule follow up phone calls with people you meet online. You can also do this at company women’s forums or other networking groups. I participated in two inspiring days at a pharmaceutical company conference where women from all levels and specialties had the space to discuss their concerns, applaud their achievements and gain ideas from each other, all with the strong support of senior leadership. You can use occasions like this to apply your natural ability for in-depth conversation and focused dialogue to learn and contribute to the conversation.

As quiet influencers you have what it takes to overcome the roadblocks in your path and add true value to your teams and organizations. Tap into your natural strengths to make your own unique difference.