Paid Leave is Good for Babies, Women, Families, Businesses, and America. Here’s Why. 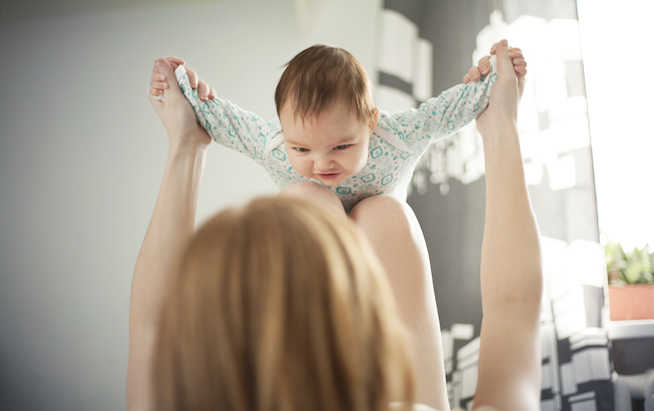 This article originally appeared on Motherly.

In a perfect world—new American parents would be able to take paid parental leave to recover from childbirth, bond with their babies, and find their footing as a new family.

Their government would support them—seeing those early months of parent-baby bonding as an investment in our collective future—theirs as a family, and ours as a country.

Their employers would back them in their decisions, understanding that supporting new moms during this transition is a crucial part of long-term employee satisfaction and retention of female talent.

But, we don’t live in a perfect world.

Today in the United States, only 12% of private sector workers have access to paid family leave through their employer and unfortunately, 1 in 4 employed mothers return to work within two weeks of childbirth. This stands in stark contrast to the rest of the world; the United States is the only industrialized nation in the world without paid maternity leave.

No mother should have to face new motherhood with such an appalling lack of support.

Future mothers and fathers, currently pregnant women and soon-to-be dads, new moms and dads, seasoned parents, aunts and uncles, grandparents, friends and coworkers: we all need to speak up. Our collective voices can affect change for the next generation of working parents. Here’s how:

If you feel your company’s policy is below par, build a business case for improving the policy by sharing this research with your manager and/or your company’s H.R. department. If you’re interviewing for a new job, ask what policies and practices do they have in place to retain talent, to ensure for equal pay and to help employees meet the demands of work and family. Start conversations with your colleagues and your professional network. And, let your voice be heard by signing petitions and reaching out to your congressional representatives. Awareness is the first step towards change.

Here’s a sampling of 20 research findings that reveal the long-term positive impact of paid parental leave for women, families, babies, the economy, and companies:

The more we all talk about the benefits of parental leave, the more the masses will embrace this cultural change. Together we can build a positive legacy as the generation that shifted American working culture to be more family-friendly and balanced for all.