I Don’t Deserve to be Here: Presence and the Impostor Syndrome 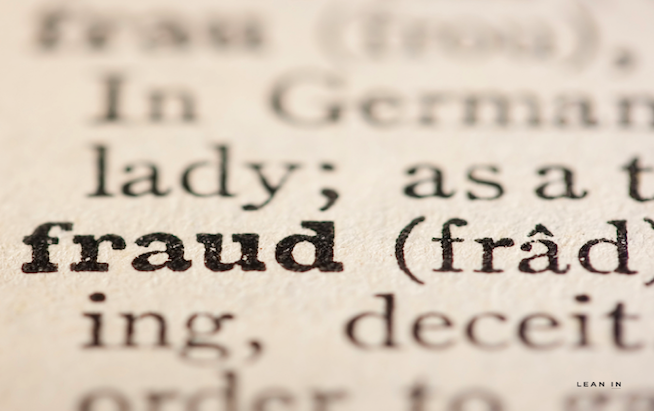 The general feeling that we don’t belong—that we’ve fooled people into thinking we’re more competent and talented than we actually are—is not so unusual. Most of us have experienced it, at least to some degree. It’s not simple stage fright or performance anxiety; rather, it’s the deep and sometimes paralyzing belief that we have been given something we didn’t earn and don’t deserve and that at some point we’ll be exposed. Psychologists refer to it as impostor syndrome, the impostor phenomenon, impostor fears, and impostorism.

Impostorism causes us to overthink and second-guess. It makes us fixate on how we think others are judging us (in these fixations, we’re usually wrong), then fixate some more on how those judgments might poison our interactions. We’re scattered—worrying that we underprepared, obsessing about what we should be doing, mentally reviewing what we said five seconds earlier, fretting about what people think of us and what that will mean for us tomorrow. 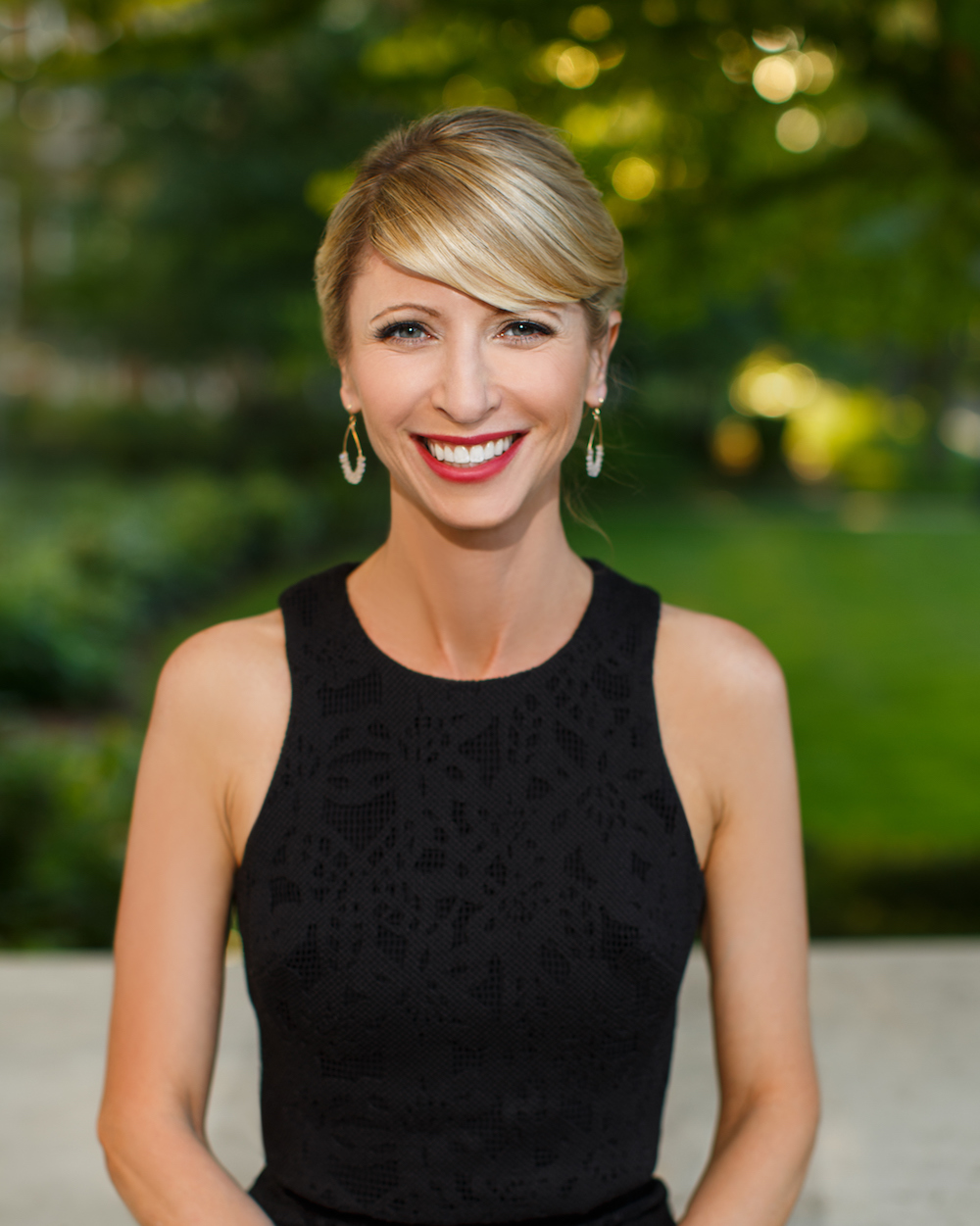 Impostorism steals our power and suffocates our presence. If even you don’t believe you should be here, how will you convince anybody else?

Presence and impostorism are opposing sides of the same coin—and we are the coin.

I don’t just study impostorism, I experienced it. And I didn’t just experience it, I inhabited it. It was like a little house I lived in. Of course, no one else knew I was there. It was my secret. It nearly always is. That’s how impostorism gets such a good grip—it pays you hush money. If you don’t tell anyone about those feelings, then people are less likely to think, “Hmm… maybe she really doesn’t deserve to be here.” No need to give them any ideas, right?

In my 2012 TED talk, I shared a story about my experiences as an impostor. After my brain injury I kept trying to return to school, only to drop out because I couldn’t process information. I was in a fog. Nothing feels worse than losing part of your core identity. Anything else can go and still you feel some of your old power. But I had lost my ability to think—a pretty important part of me—and I felt utterly powerless.

I fought my way back—very slowly—and eventually finished college and persuaded someone to take me on as a grad student at Princeton. But for years afterward I was haunted by impostor fears. Every achievement led me to feel more afraid, while even the smallest failure confirmed my belief that I didn’t belong. “I’m not supposed to be here” ran through my head over and over. 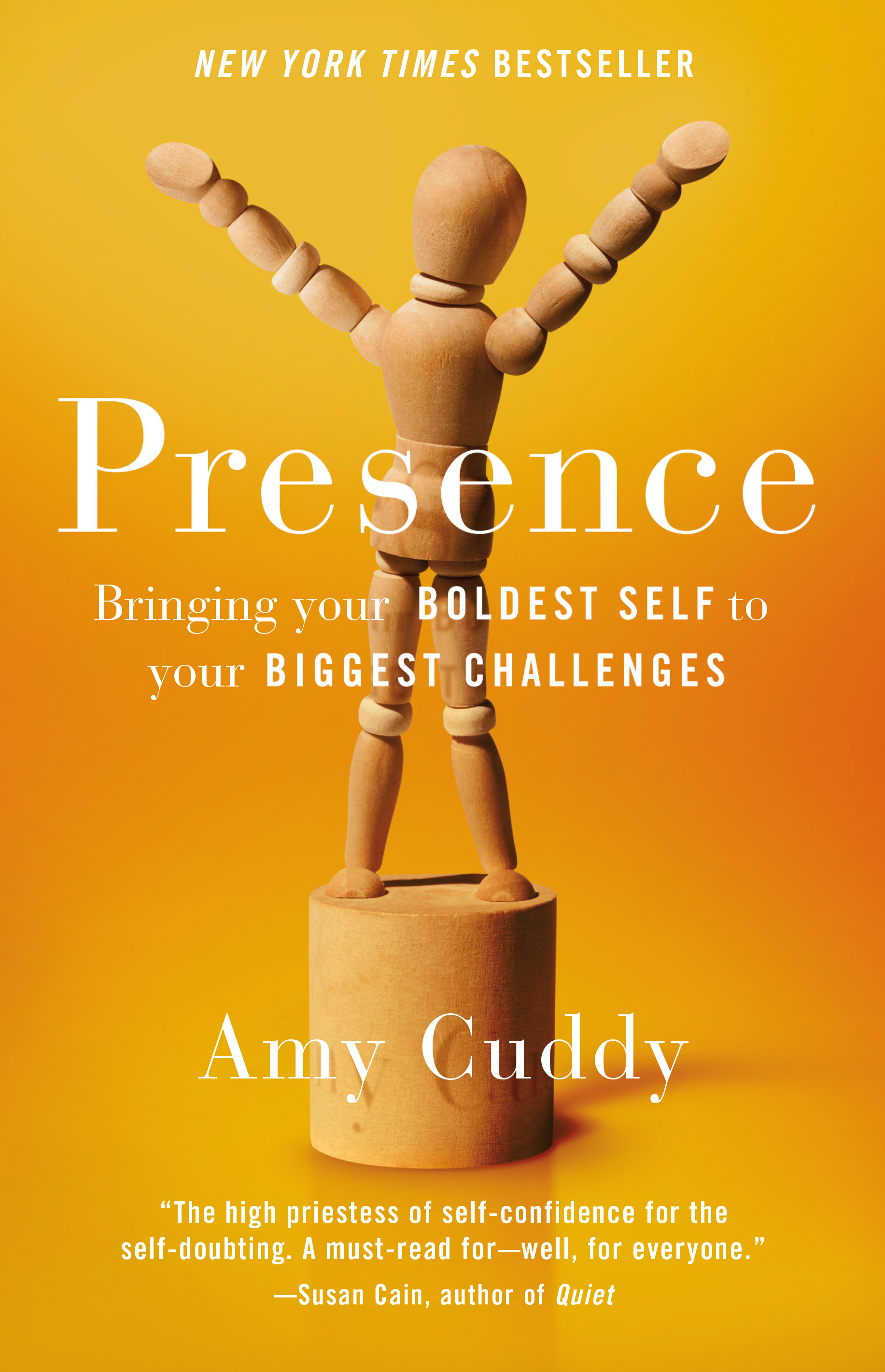 The cover of Amy Cuddy's new book, Presence, from which this essay is adapted[/caption]

During our first year in grad school each doctoral student in the psychology department was required to deliver a twenty-minute talk to a group of twenty or so people. The night before my talk, I was so overwhelmed by fear that I told my adviser I was going to quit—just so I didn’t have to give that talk.

“No, you’re not,” she said. “You’re going to do the talk. And keep doing it—even if you have to fake it—until you have a moment when you realize that you can do it.”

I didn’t exactly nail the talk the next day. I don’t think I moved any part of my body other than my mouth. I felt as if I could go blank at any moment. And there was nothing I wanted more than for it to be over. At the end, when someone raised his hand to ask a question, I thought I might pass out. But I survived it, and my audience didn’t seem to think it was quite as bad as I thought it was. And I kept giving talks—virtually every talk I was invited to give. I even invited myself to give talks. Anything to get more practice.

It took a while, but after grad school at Princeton, a year teaching psychology at Rutgers, two years teaching at the Kellogg School of Management at Northwestern, and a year at Harvard—a place where someone like me was definitely not supposed to be—my adviser was proved right: I did come to realize that I could do it.

Here’s how that moment arrived: a student of mine at Harvard, a woman who had spoken barely a word all semester, came to my office before the final class. I had sent her a note saying that she hadn’t yet participated, and it was do-or-die time. She stood there in front of me looking totally defeated, and after a long silence finally spoke: “I’m not supposed to be here,” she said. She teared up as she said it.

She told me about her background—coming from a small town, not having a fancy pedigree, feeling acutely like an outsider and an admissions mistake.

And at that moment, it hit me: I no longer feel that way. I’m not a fake. I’m not going to be found out. But I didn’t realize those bad old feelings were gone until I heard the words coming out of her mouth.

My next thought was this: She’s not an impostor, either. She deserves to be here.

When I delivered my TED talk, I never would have guessed that the story about my impostor syndrome would resonate with so many listeners. In fact, I nearly dropped it from the talk entirely, thinking it was too far a reach from my main subject—and way too personal.

In the moments after I walked off the TED stage, several strangers came up and hugged me—most with tears in their eyes. In one way or another, they all said the same thing: “I felt like you were telling my story.” I couldn’t have imagined then that I would hear the same words from thousands more people, in e-mails I receive to this day, each one telling a new story about feeling like a fake.

Most of us will probably never completely shed our fears of being fraudulent. We’ll just work them out as they come, one by one. Just as I can’t promise that learning about presence will give you a Zen master existence in the “eternal now,” I can’t say that you will soon shed all your impostor anxieties forever. New situations may stoke old fears; future sensations of inadequacy might reawaken long-forgotten insecurities. But the more we are aware of our anxieties, the more we communicate about them, and the smarter we are about how they operate, the easier they’ll be to shrug off the next time they pop up. It’s a game of whack-a-mole we can win.

Excerpted from the book PRESENCE by Amy Cuddy. Copyright © 2015 by Amy Cuddy. Reprinted with permission of Little, Brown and Company.

Amy Cuddy is a social psychologist and professor at Harvard Business School who studies how nonverbal behavior and snap judgments influence people. Her research has been published in top academic journals and covered by NPR, the New York Times, the Wall Street Journal, The Economist, Wired, Fast Company, and more. Her 2012 TED Talk “Your Body Language Shapes Who You Are” is the second-most-viewed TED Talk of all time.