Meet the Woman Behind NYC's 'I'm a Girl' Project

A new citywide campaign is the first of its kind to tackle body image and girls' self-esteem. The campaign's creator speaks about her inspiration. 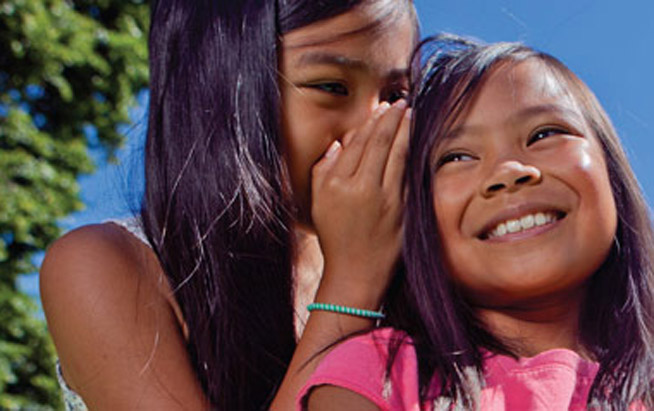 Soda bans. Citi bikes. A revitalized downtown Manhattan. There are plenty of things that will paint the legacy of New York City Mayor Michael Bloomberg when he departs office after an unprecedented 12-year tenure. Feminism is an unlikely one. And yet on Monday, the mayor's office took on just that -- by way of a massive campaign to tackle body image and lift girls' self-esteem.

The NYC Girls Project is a response to the sobering statistics: more than 80 percent of 10-year-old girls are afraid of being fat, and girls as young as six and seven are struggling with body image and self-esteem. With a video PSA, "I'm a Girl" posters that will appear on subways and city buses -- and a curriculum that will be piloted in 75 after-school programs -- the campaign aims to help girls believe their value comes from their character and skills, not their appearance.

We spoke with the woman behind the campaign, former Planned Parenthood staffer -- and the deputy press secretary to the mayor -- Samantha Levine.

LEAN IN: Tell us what inspired this.

Last summer I was reading the book Tiny Beautiful Things, which is a collection of advice columns from the author Cheryl Strayed. In it, a woman who was 60-years-old had just gotten divorced and she had written in. She talked about how she was going to be re-entering the dating scene and  was concerned about her appearance and what it would be like being with a new man for the first time and she was older and what would he think of her body. And in her response, Cheryl Strayed, who at the time was writing under the name "Dear Sugar," said that she thought that this was one of feminism's great failures -- that women had gained agency and influence, but we never stopped worrying about how our asses looked in jeans. It struck me as a really powerful thought: that for all that we have accomplished and all that we get credit for, many of us really do spend an awful lot of time worrying about our appearance.

Some would say the beauty standard created by media and culture is unattainable. Have you always noticed this?

I've always been aware of how pressures to look a certain way impacted women and girls. Around the time [I read the Strayed column], I started noticing on blogs and in the media that younger girls were worrying about their appearance. There were stories about six and seven-year-olds who were obsessing over calories and turning down dessert, telling their parents they wouldn't have ice cream, because they were worried about their appearance. They were buying Spanx and tights. There were a couple who got plastic surgery on their ears to "fix themselves." It struck me that, 'Oh my God, this was what was happening in our society'; that girls were somehow getting the message that their appearance was so much of their value that they needed to drastically alter themselves.

How rare is it for a big city to take something like this on?

New York City has really led the nation when it comes to changing the conversation or making people aware of issues. I see people on Twitter saying, "We need this in Boston" or "We need this in Denver." Somebody emailed us asking to get some of the posters in France. The reaction has been kind of incredible and it will be amazing to see if this actually starts a national dialogue or a national interest in seeing other cities adopt something similar.

What's been the response from girls?

We did did focus groups with two groups of seven to nine-year-olds and two groups of 10-12-year-olds to see what would resonate. They loved it. Some girls said, "Wow, that makes me think that it's okay to be dirty, not dress up all of the time, not wear makeup and go have fun and still be considered beautiful and still be confident in who I am." That was really rewarding to see that it was resonating the way we wanted it to.

What do you hope to see happen?

If girls could take away the message that their value comes from their skills, their character and their attributes and not their appearance. And if we also succeeded in expanding the idea of what is considered beautiful beyond an unhealthy and unrealistic notion. One of the things that was so important was using 21 different real girls -- no models -- in this campaign, because we wanted to reflect back to girls images of themselves with the message, "I"m beautiful the way I am." We wanted girls to see as beautiful the faces that they see surrounding them everyday.