Now What? Here's How Smart Women Succeed Despite Gender Barriers

Executive coach Peggy Klaus shares 6 tips women can use to get ahead in any environment. 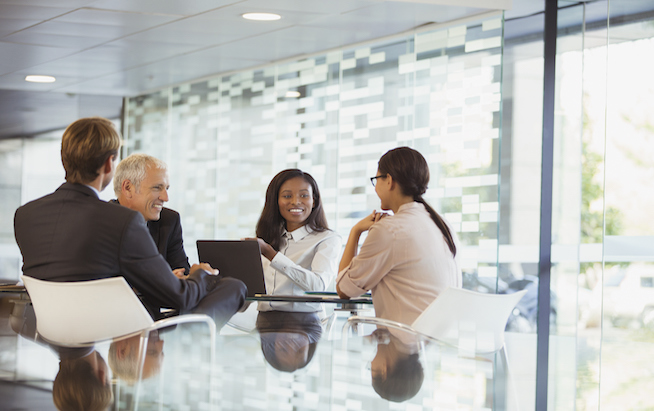 Image from the Lean In Collection by Getty Images

I recently met a woman who described what pushed her to leave corporate America in 1998.

After an interview at a premiere Silicon Valley venture capital firm, she was offered an employee position rather than a partnership. Asking the founder to explain why, he leaned forward and said, “Listen you deserve it, but I just can’t be the first firm in the Valley to have a woman partner. I’m willing to be number two, although to tell you the truth, I’d prefer being number three.” Flabbergasted, she decided that day to blaze the trail by starting her own firm.

While such openness might engender a lawsuit today, gender bias remains strong, as evidenced by a continued pattern of unequal pay and limited access to higher opportunities afforded to men. Recent studies predict it will take another 25 years for corporate America to truly address the cluster of dynamics that impact women in terms of career development, work environment and work-life balance. So given that cheery news, now what? Should we give up? Take our marbles and go home? No, of course not. Despite the obstacles, many women still manage to nimbly navigate the workplace and succeed. During two decades as an executive coach and leadership trainer, I’ve observed a number of them in action. Reflecting on what they’ve done to advance their careers, here are six indispensable insights that can be applied to most any work environment.

1. It's Not About Being Lucky

Get serious about your career! As one HR leader observed, “even many senior women don’t consider where they want to end up like their male counterparts do. Instead they plod along, doing their jobs really well, but they don’t lift their heads up above the crowd.” Too many talented women let things happen rather than being proactive by asking for a promotion or getting on high-visibility committees. Interestingly, research shows that women consistently score higher than men on every element of the behaviors associated with leadership success except for vision. In recognition of this fact, one company that has been particularly effective moving women into management routinely asks female employees to create a career aspiration statement to help them stretch and think about the possibilities.

Today it’s still acceptable for men to show a range of behaviors that are off limits to women: showing anger, stating strong opinions, or disagreeing in a direct, confident manner label a woman as difficult or aggressive, while her male counterpart is considered confident and a leader. As a result, women often play “low status,” avoiding offering ideas or opinions unless 100 percent sure, or providing critical feedback even to direct reports for fear of being perceived as bossy. Not surprisingly, these behaviors prevent women from being seen or heard as leaders and so the ugly cycle continues.

Despite the unfairness of women still needing to be much more careful than men when framing words and actions, the truth is that the world is still run by men who, because of biases and stereotypes, have a different lens on how women should behave. So for now, managing the narrow band means exuding executive presence defined as gravitas, confidence, poise under pressure and communicating with a compelling combination of warmth (empathy, friendliness and humor, among other traits) and strength (drawing on one’s expertise and experience).

3. Stop Thinking That Being Political Means Selling Your Soul

Business is all about relationships fostered and nurtured both inside and outside of the office. Women who take themselves out of the networking loop are at a severe disadvantage, so, make sure you are in it. Continue to build your relationships with colleagues and senior folks on a daily basis; commit to at least one to two networking activities monthly which you enjoy and will give you the best visibility for the time expended. If you’re focusing on women-only activities, diversify so that you can get seen and heard by the men in your organization and beyond.

4. Reach for the Stars When Getting a Sponsor

60 percent of female leaders wished they had sought out more “sponsors” during their careers—people who wield their clout to make sure you have opportunities at each transition point.  While we would all love to have a woman sponsor, the truth is that there are not enough women at the top for us to choose from, thereby limiting our access and exposure in the organization. Do your homework. Ask your boss or colleagues for suggestions.

A Catalyst study concluded women who were most proactive in making their achievements visible advanced further, were more satisfied with their careers, and had greater compensation growth than women who were less focused on calling attention to their successes. Engage in “good bragging,” which means talking about yourself artfully and gracefully in succinct story-like monologues that memorably capture and portray your interests and accomplishments.

6. Put Your Finger in the Air: Are They Walking the Talk or Just Balking?

Which way does the wind really blow when it comes to your company investing in women? Start asking the tough questions with an eye toward transparency. Is your company offering training around gender bias? Is it providing sustained and data-driven career development for women? Does the firm run gender compensation audits to correct pay disparities? Do people who take maternity or family leave still advance? Is flextime a viable and respected option? Are there more than just one or two women sitting in governance positions? If your company comes up short on this list, raise your voice to galvanize the troops and powers that be, find another company more akin to your values or join the ranks of the ten million women who have started their own companies.

Studies mentioned in this post: Nancy M. Carter and Christine Silva, “The Myth of the Ideal Worker: Does Doing All the Right Things Really Get Women Ahead?” Catalyst (2011).

Peggy Klaus coaches executives and consults with organizations on the skills and programs essential for great leadership. She is the  author of two best-selling books, BRAG! The Art of Tooting Your Own Horn Without Blowing It and The Hard Truth About Soft Skills: Workplace Lessons Smart People Wish They’d Learned Sooner.