Inside Verily: The First 'No Photoshop' Fashion Magazine

The founders of Verily have pledged not to use photoshop on their pages. They explain why we need more realistic beauty standards. 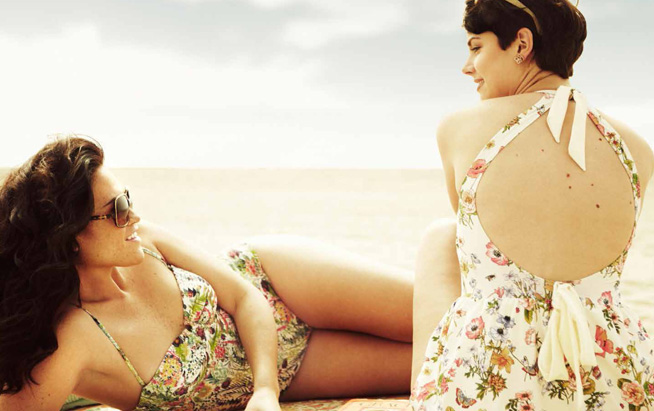 I remember picking up my first magazine when I was 11. It was J14 -- the teen celeb monthly -- and I devoured it. Every week, when it would arrive in my mailbox in suburban Wisconsin, I'd race up to my bedroom and read the whole thing in one sitting. It was filled with perfect Hollywood starlets, dating and beauty tips, and gossip. I felt like I was "in the know."

My subscription list expanded as I got older -- to Seventeen, Teen Vogue, and Glamour. I would read each issue back to back, taking in the messages of what constituted the perfect boyfriend, body and life. I was a typical teen girl, and I obsessed over these things -- always wondering why I was never a size zero (or six inches taller). I would diet and exercise, but I never seemed to look like the women in my magazines.

At a certain point I started to realize that most of the images I was comparing myself to weren't realistic. I read about how images are retouched, and it brought me down to reality. Suddenly, I had a new obsession: starting a magazine where the models were everyday girls and women who looked like me. My dream job was to be editor-in-chief of a women's magazine -- but one that didn't perpetuate these stereotypes. The magazine wouldn't feature celebrities. Everyone would just be real people with real stories.

As it turns out, there are two women who are pursuing just that -- via the first "no photoshop" fashion magazine, a bi-monthly called Verily, which published its first issue in June. Verily never alters the body or face of its models. It's goal? To celebrate the best of who you are.

We spoke with Kara Eschbach and Janet Sahm, the brains behind the project. 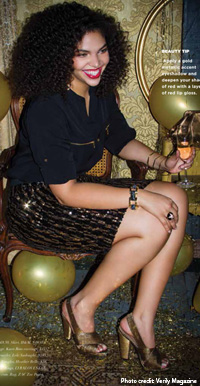 What was the inspiration for Verily?

Kara: Magazines have such a powerful ability to really hold up what is beautiful, desirable, successful and what it means to be modern women. Something like 69% of young girls get their cues on what the ideal body type is by looking at magazines, so I think that having the opportunity to really show what it is that we're talking about is a great opportunity. We don't use photoshop to alter the face or body structure of our models and we don't only use really small models; we try to show a really wide variety of women and body types and ethnicities, things that really show the diverse beauty of women. I think that the imagery we create is so powerful.

So the content in this magazine is different as well.

Kara: It's a subtle shift. It's funny, we always feel a little strange talking about it, because part of what we're trying to do is rather than telling women that they should feel better about themselves or telling women that they should think about something in a certain way, we actually create content that gives them tools and makes them feel more empowered rather than telling them to be more empowered. For instance, instead of talking about having a healthy relationship, we say, "What are the tools that we need to have a healthy relationship?"

Why is photoshop a bad thing?

Janet: It's a fine line, especially because we do look to women's magazines for inspiration. Women love beautiful things. There's nothing wrong with celebrating that kind of beauty or artistic expression. But the fine line is when it becomes so contorted or so "photoshopped" that you really start altering the face or the body of a woman. I mean, we do photoshop for lighting. Obviously photos need correction whenever you go through the process of editing and making them hi-res enough for the magazine. But we don't ever change the face or body shape, and I think that oversteps the line.

Do you think most women's magazines create an unattainable beauty standard?

Kara: I think we all want to be healthy and beautiful and those are good things to strive for. But when what you're holding up as healthy and beautiful is complete fiction -- that's when it starts to lean into the idea of, well, that's the ideal but I can't get there by being healthy. I have to get there by being anorexic or bulimic or that means I have to work out for eight hours a day. When you're saying that the one percent of the world looks like that and that's what we all should look like, well, that's just impossible. I mean I'm 5' 3." It took me a little while to realize as a teenager that I was never going to be six feet tall.

Do you think there's a chance that this magazine can influence the industry and get things changed on a larger scale?

Janet: We certainly hope so! As we pull clothes for photo shoots or work with different modeling agencies, I do see a rise in plus-size models within the larger agencies and also mid-size models. Technically, plus is anything higher than a zero to a four, so size six and up is plus size, but now there is sort of a slight shift to wanting more average, healthy, athletic 6-10 sizes in the clothes and agencies. It's certainly not enough--it's still a challenge--but I think there is slow change.

Why call it Verily?

Janet: We wanted a name that conveyed authenticity and supporting women as we are. The word Verily means truly or honestly, which we thought really captured that spirit.