Is Fear Your Only Restraint?

How the fear of failure prevents women from leaning into opportunities for growth. 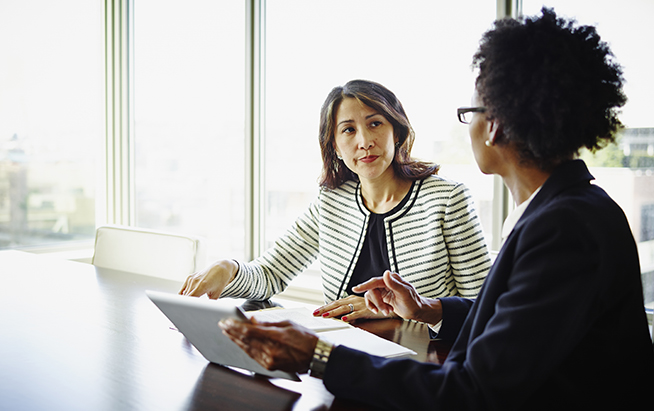 The Lean In Collection on Getty Images

Last week, I had a mentoring session with a terrific woman. She’s highly experienced, well regarded in her field, a team player and solid leader, the whole package. But she’s mired in a toxic situation at work – a bad manager, no internal champion, no foreseeable career progression. Plus, she’s bored, the kiss of death for a person with an agile and innovative mind.

Leave, I said. What’s holding you back?

She felt hesitant, she confessed, about leaving without another job lined up. What would people think of her? How would she describe herself? Wouldn’t it be hard to find another job?

I’d say I was surprised – but among the professional women I coach, this has been a recurring, if somewhat sad, theme. The idea of a pause between jobs is a non-starter. They view the notion that time off may help you recharge, round out other areas of your life, and provide some much-needed room to consider next steps as a radical, career-limiting step. It’s what you would do in a retreat, humbled or humiliated by your current job. In other words, it’s a sign of defeat.

In contrast, the men I mentor are absolutely confident about the decision to take a break. They’re not wringing their hands about how future employers might perceive them. They don’t view it as a negative or worry about what it says about their skills or abilities. In fact, it never even crosses their minds. They feel entitled to the time and know it will be good for them – so they just do it.

So what’s the difference?

It’s not an issue of money. These women are well-established achievers who can own that time – if they choose. And they are lucky to be in Silicon Valley, where there really is no penalty for taking time off and lots of hot jobs to pursue when you’re ready.

These women are afraid to extricate themselves from situations that won’t allow them to do their best work. They’re afraid to try something new because failure seems terrifying – so they don’t lean in to opportunities that might flop. I’ve seen this so many times professionally. Go for this job – it’s a huge step up, I’d urge an eminently qualified woman at work. I’m not ready, she’d demur. I don’t know enough. I can’t do it. When I’d say the same thing to a man, he would jump in, confident enough in his own abilities to believe he could figure it out – and comfortable enough with risk and the prospect of failure.

Most immediately, this fear manifests itself as loss of the identity, of knowing one’s self, which comes with meaningful work. For many of the women I’m speaking to, who they are seems to be bound up with their professional lives. Without this job, in that in-between space, who will they be?

When I decided to leave Zynga, I consciously took time off – I wanted and needed it. I actually went to Africa as part of my 4-H Executive Board commitment. But it did feel awkward at first. I struggled with my lack of vocabulary, the inability to describe where I was (and who I was!) when I met new people. But then I realized – you can’t allow others to define you, your inner self. That’s for you to do.

It reminds me of an anecdote I read once in a book. A woman dreamed of a feast – a huge table of the most delicious foods laid out before her. She was ravenous. Eat, she heard a voice say. I can’t, she replied, feeling a hand restraining her, no matter what she tried. Then she looked down and there was nothing preventing her from reaching the table. She could take what she wished, as much as she wanted.

What would you take for yourself if fear didn’t hold you back?