Sharon Meers, the author of 'Getting to 50/50,' on the frogs she dated -- and the man princely enough to understand gender equality. 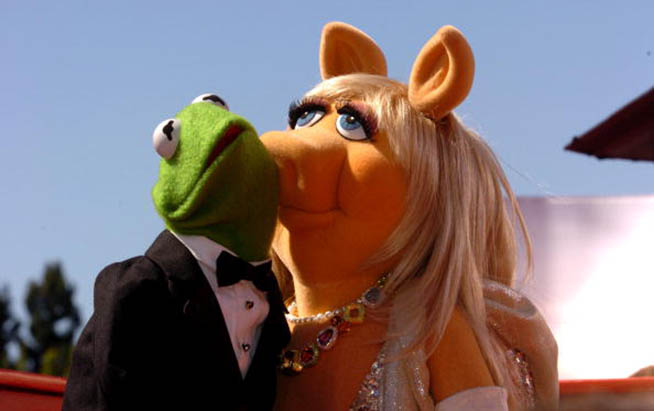 On my 31st birthday, a guy I’d been dating took me to dinner. He was a reporter, handsome, smart and highly entertaining – when I actually got to see him. In the three months we'd known each other, our dates had a 50 percent cancel rate. Something about being "on deadline."

In the candle light that night, he looked a across the table and said with a smile, “I’ve got something to tell you.” I wondered what was coming next. “I’m engaged," he said. No, it wasn’t that he’d been getting engaged during all our missed dates – he’d been engaged before he even met me.

I was stunned. In 15 years of dating, I'd never dated unavailable men – plenty of guys out there, support the sisterhood, you know the drill. In that moment, I wasn’t sure what I was most distressed about: that he was breaking things off or that he’d caused me to violate a principle. I should have left the table. Instead I downed a glass of wine.

The next day, I went to tennis practice. My coach told me to "find a 3-word mantra" for each part of your serve – toss, racket back, smack the ball. "It will give you better rhythm," he told me. I knew it in an instant: I--HATE--MEN – WHAM!

The truth, of course, was that I didn’t hate men – not even the most obnoxious ones I dated. But trying to find the right one was proving much harder than I’d thought.

There was the Latin American: charming, great dancer, talented chef. We’d walk past lingerie shops and he’d say “I don’t even need to ask you what you think.” I gave him my favorite feminist tomes, hoping I could bridge the cultural divide. He made chivalrous efforts to humor me, though I don’t think he ever read a page.

There were the all-American good guys, who -- thanks to my family -- each got their own vocal critique. “He’s too nervous.” “Not right for you.” "But do you have the same values?"

We’d seen enough divorce in our family to know that pair-bonding is risky business – especially for people with strong personalities. My father loved to tell me, “You have to kiss A LOT of frogs before you meet your prince" -- and I dutifully followed his advice. When I moved to San Francisco, I even found myself dating men I’d already dated – second guessing the reasons I’d given them up before.

How, I wondered, would I ever know when I’d found the one?

And then, just weeks after inventing my tennis mantra, I met Steve.

We were nothing like each other. And a lot like each other. He’s Dudley Do Right. I wore only black for most of my 20s. He got me to do things I’d never take time to do – go on hikes, listen for the genius in Schubert’s The Trout, make my living room more feng shui.

I told him what I was proudest of in my life–and least. He did the same. We disclosed so much in all the fine print that even the SEC would have been proud. We debated. A lot.

Then one winter day, we stood on the blustery beach under the Golden Gate bridge. We’d been arguing – but we stopped and made up. I looked in Steve’s eyes and saw something I’d never seen before. A man who wanted to be understood by me – as much as I wanted to be understood by him. He had had absorbed the good, the bad and the ugly about me (including my extreme enthusiasm for gender fairness). He was a peer, a companion, who’s hand I would be happy to hold forever.

For the last eight years, I’ve spoken at Stanford’s business school about the book I coauthored, Getting to 50/50. Almost every year, I get a question that goes something like: “Well, I understand you found this one guy who’d do the equal thing. But were there others?”

The answer, of course, is yes. Almost all the guys I dated had it in them to do “the equal thing” – and many of them are now wonderful spouses, supporting the careers of women they love. When women believe in their own equality – and talk about it – it opens up a conversation that changes everything.

Speaking to the same class, Steve was asked why he did 50/50.

“It’s really great for guys on lots of levels ,” Steve explained. “Men will do these things when women they love say it’s important.”