Journalists Katty Kay and Claire Shipman, the authors of a new book on self-assurance, on how we can all boost our confidence. 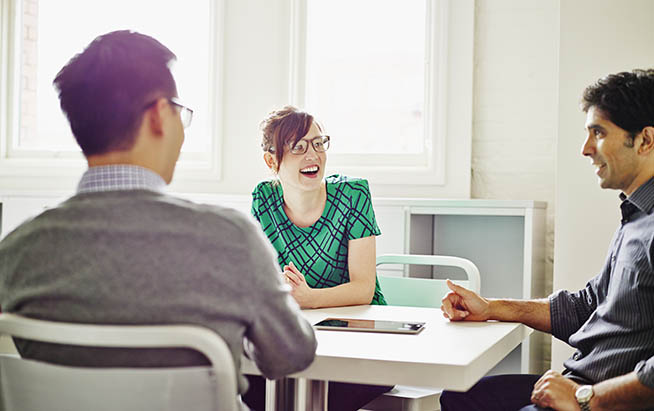 It’s an ingredient essential for success, but confidence can be maddeningly elusive. In part, perhaps, because it is misunderstood. Confidence doesn’t, for example, have to look Mad Men macho. It’s not about speaking first or loudest. It’s also not all in your mind, or about “feeling good.” Telling yourself you are great doesn’t make you confident. Confidence, we have learned, is about action, and it is created by doing, and by work. Confidence can also look different for women. A handful of powerful and accomplished women let us in on their often surprising confidence boosters.

For IMF boss Christine Lagarde, authenticity is the cornerstone of confidence. She is unequivocal that women must not sacrifice what makes them unique in the pursuit of power. She happily pokes fun at men who interrupt to make their points. Women can and should drive a civilized conversation, she contends. It is more natural, and powerful. At the moment she’s busy urging a new female leader of a third world country, who is intent on cutting her nation’s costs, to stick with her plan for a vastly reduced motorcade size. Advisors have told her she will look less powerful—that she should keep the huge fleet of cars. Au contraire, Legarde told her—dare to be different. And make a virtue of it.  And each time this new leader takes authentic steps like that, her confidence will grow.

Don’t aim to please—aim for respect

Being different is, to some extent, part of the story of every highly successful woman. Linda Hudson, the CEO of BAE for the past four years, and first woman head a major defense company, grew up very comfortable being unique. She always played with the boys, and was one of the few women in her engineering program in college. Her most conscientious confidence habit is one that makes many women uncomfortable. She long ago decided she would stop worrying about being liked. She turned her focus toward earning respect. She told us it makes tough decisions easier. She may hurt some feelings in the short run but in the long run, she is earning something valuable.

Make up your mind—even if you make a mistake

Not all risk-taking involves big, life-changing actions. And while confidence is centered on taking action, it’s important to remember that often action is about small-scale, everyday decision-making.  Speedy decisions can be a confidence crucible for women, who usually want to get everything “right.” Beth Wilkinson, one of the most sought-after litigators in the country, is a consummate risk-taker, and one of the most confident women we know. She is an expert “decider.” She learned early on that making the basic decisions quickly, and moving on, not only taught her to learn from failure but also left her mental freedom to think more clearly about the biggest issues. She admits, laughing, that she’s become addicted to quick decision-making. “There’s fall out. I get things wrong, but I usually learn from it,” she shrugs.

Major General Jessica Wright, the most senior woman in the US military today, is utterly warm, charming and not scared to embrace a feminine style. She’s also crisp and assured and not somebody who appreciates dithering. Over her long military career, she’s suffered from “spaghetti nerves” like most of us, and has had plenty of confidence building moments becoming a leader in such masculine world. One confidence tip she offered was an early discovery: some of your most challenging moments can be turned to your advantage. Early in her career, one superior told her that he didn’t much like females in the military.  “About 500 things went through my head,” she says, “but what I told him was ‘Sargent, this is your chance to get over that.’”  Her decision to seize that potentially fraught moment paid off. She gained his respect, and she felt her confidence soar.

Work and repetition can change your confidence game, literally. It starts not with a belief that you are naturally good or bad at something, but rather a belief that you can learn. Chrystal Langhorne is one of the top players for the Washington Mystics basketball team. To watch her on the court today is to see a dazzling blur of athletic prowess and confident moves. Her first year in the league though, she told us, she thought about quitting basketball. Her game was just not coming together. She was in Lithuania for the winter, and decided to focus, in a big way, on her shooting style. She became single-minded, spending hours every day, shooting, and completely remaking her style. What she accomplished was remarkable. She’s been an all-star player every year since, and she says that the work, the history of what she accomplished, now lives in her head. With each difficult shot she prepares to take, she tells herself: “I know I can do this. I worked on it.”

The creation of solid confidence isn’t just a brain game. It comes from work and risk and experiences that give us the proof we can keep doing more. Still, our brains don’t do us any favors when it comes to confidence. They need to be trained, because they get in the way, big time. We spend a lot of time thinking, ruminating, and dwelling on problems and things that might go wrong. Even brilliant brain experts fall victim to the habit. Laura Ann Pettito, a renowned neuroscientist who is one of the top in her field, who runs a prestigious laboratory supported by Gallaudet University and the NIH, had a debilitating mental habit. She would sit on the bus on the way home each day going over a long list of her failings. It was her mental default mode.  But all of the emerging research into the power of brain plasticity convinced her she could and should rewire.  Now she forces herself, as she starts her journey home, to focus on three things she did well.  Usually, after that, the negative assessments are kept at bay. And she’s found her mindset is more open to new challenges and risks.

Want to learn more about the confidence code? Join the authors for a free webinar.