This guide is designed for people who have been sexually harassed. You can use it with your Lean In Circle, in a small group, or with a partner. It will teach you the psychological effects of harassment and help you brainstorm strategies for coping. Each step is based on findings from research in psychology.

Given the topic, trust is critical. Before you start, we recommend that everyone in your group promises to keep what they hear confidential.

This guide invites you to share a difficult experience, which involves some risk. If you share your story with other people, note that they might respond in a way that upsets you, even if they mean well. And as you listen to other people’s stories, it’s important to respond sensitively. Do not blame or take control away from the person sharing. Our guide How to Talk About Sexual Harassment has more information about how to listen and respond well. 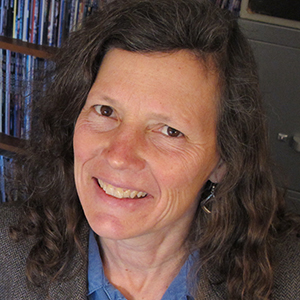 Brought to you in partnership with . . .

Jennifer Freyd, professor of psychology at the University of Oregon and a researcher, consultant, speaker, and co-author of Blind to Betrayal. Professor Freyd has spent over two decades researching the effects of sexual harassment and her work is often cited in the media.

Approx. 130 minutes for total meeting (based on a group size of eight members)

Step 1: Write about your experience

Dozens of studies have shown that expressive writing helps with grief, PTSD, and insomnia. 1 Many people feel relieved or happier soon after writing, and research shows that they continue to feel more optimistic for months afterwards.

Write about your harassment experience for fifteen minutes. Write the plain facts, then write about how you felt at the time and how you feel now. Then reflect on your feelings and write down your reflections. Messy is okay.

You may feel upset after writing, but this should pass within a few hours. We hope that writing down the experience will help to give you distance from the trauma and diminish its power.

If you find that you’re more upset rather than less upset after a few hours, try writing it down again. Sometimes writing about a trauma two or three times with breaks in between helps. However, not everyone is the same. If you continue to struggle with the the aftermath of harassment, you may want to seek support from a trusted friend, mentor, or mental health provider.

Take a moment to reflect on your journaling experience. How did it feel when you were writing? How does it feel now?

Go around the Circle and take turns sharing how it felt to write your story.

Activity 2: Learn the effects of harassment and protect yourself from them

Step 1: Learn about the effects of sexual harassment

Take a few moments to review what sexual harassment is, either as individuals or as a group, and learn terms for the psychological harms it can cause.

Sexual harassment can include unwelcome sexual advances, requests for sexual favors, and other verbal or physical harassment of a sexual nature. It can also include offensive remarks about a person’s gender. For example, if someone makes offensive comments to you about women in general, it can be considered harassment. Victim and harasser can be of any gender (and even the same gender), but sexual harassment is most frequently directed at women and minorities and is considered a form of discrimination.

Betrayal trauma occurs when someone you trust and/or someone who has power over you mistreats you. For instance, it’s a betrayal trauma when your boss sexually harasses you. Research shows that betrayal trauma causes shame and leads to real, measurable harm, such as symptoms of depression, anxiety, problematic substance use, and physical illness. 2

DARVO stands for Deny, Attack, and Reverse Victim and Offender. It’s a perpetrator strategy in which the guilty party chooses to Deny the behavior, Attack the individual doing the confronting, and Reverse the roles of Victim and Offender, so that the perpetrator adopts the victim role and accuses the true victim of being an offender. This can occur when a perpetrator says they were falsely accused and attacks the victim’s credibility.

Step 2: Identify and reflect on your experiences

Labeling experiences can help protect you from their negative effects. Think about your own experience of sexual harassment within the psychological framework identified above. How does each concept apply to your situation?

Betrayal trauma:
Did you experience this? How did you feel when it happened? How do you feel now?

Institutional betrayal:
Did you experience this? How did you feel when it happened? How do you feel now?

Betrayal blindness:
Did you experience this? How did you feel when it happened? How do you feel now?

DARVO (Deny, Attack, and Reverse Victim and Offender):
Did you experience this? How did you feel when it happened? How do you feel now?

Look back at the story you wrote in Activity 1. Is there anything you would add or describe differently in light of the key concepts?

You may wish to edit your story to help you tell it in Activity 3.

Know the risks
Before you start this activity, it’s important to recognize that sharing your story of harassment involves some risk. The person you share it with might respond in a way that hurts you, even if they mean well. Or the person you share it with might not keep your story private. It is important to trust your instincts and do what is most comfortable for you.

Focus on listening well
Talking about sexual harassment is hard, but we can make it a better experience by listening well. Use affirming body language: nod, lean forward, and maintain consistent eye contact. You can also give validating responses to help make the speaker feel heard. For example, make affirming sounds like “mmm” and “uh-huh” and mirror their emotions by saying things like, “Wow—sounds like that was scary for you.”

To learn more, check out our How To Talk About Sexual Harassment guide, which has detailed instructions for listening empathetically.

Go around the group and ask each person to share their story with the room, if they feel comfortable doing so.

Give every speaker the same amount of time so that everyone is heard. We recommend five minutes per person in groups of six or more, but you can take more time in groups of five or less.

Listen empathetically to the storyteller, follow the listening guidelines from Step 1, and don’t interrupt. Let the speaker stay in control of their story.

Once each speaker has finished, you might ask them open questions, if time allows. You could ask “How did ____ make you feel?” or “Can you say more about ____?”

If you’re telling your story and at any time you feel uncomfortable about how the conversation is going, it’s always okay to stop. You can say, “It’s hard for me to talk about this.”

After each person’s time as storyteller has ended, thank them for sharing their story. You might also tell them you appreciate their courage and strength.

Step 3: Reflect on telling your story

Go around the group and say one word to express how you’re feeling now that you’ve shared your story.

Sexual harassment can make you feel betrayed, ashamed, and angry. It can affect how you feel physically. You may not sleep as well as usual, or you might lose your appetite. That makes it especially important to care for your physical and mental health and find social support in healthy relationships. This exercise will help you figure out which self-care strategies work best for you.

Step 1: Do a self-care inventory

Think of a time when you felt well rested. What was your sleep pattern like? Did you have a bedtime routine that helped?

Think of a time when you felt happy and grounded. Were you spending time with certain friends or relatives? Who were they? Were you keeping a journal? Were you practicing meditation, yoga, or another relaxation technique?

List other self-care strategies that you’ve tried in the past. Which worked best? Which were less effective?

As a group, share the self-care strategies you have found most effective in the past.

Consider building these strategies into your daily routine to help you heal.

We recommend you close every meeting by committing to a “One Action”—one concrete thing you’re going to do before the next time you meet.

Take a moment to decide on a self-care activity that you’ll build into your routine in the next month.

One by one, go around the group and complete the following statements:

Housekeeping Note: If you’re in a Lean In Circle or plan to meet with this group again, we recommend you give an update on your One Action during your next meeting. At the end of this guide, you’ll find an optional worksheet to help you prepare your update.

This discussion guide focuses on how you can support yourself after harassment. If you’re looking for more information on your options, see our resource page. You’ll find links to legal information, advice on self-care, and perspectives from some of the many survivors of all genders who’ve bravely shared their stories.

Use the following prompts to prepare your One Action Update before your next meeting to maximize your time with your group.

How to Talk About Sexual Harassment

What to say–and what not to say

Support for survivors and those who want to help